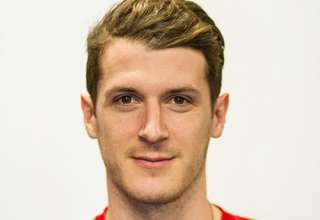 The Ottawa Fury was able to get a point against the Tampa Bay Rowdies this past weekend. But maybe even more impressive is the fact that coach Marc Dos Santos gave his Canadian players a total of 402 minutes of game time.

Hanson Boakai, Adrian Cann and Mason Trafford made their NASL season debuts this past weekend, and it pushes the number of “surefire” Canadian prospects who have played in MLS or NASL in 2015 to 29. But, let’s break that number down. Take Ottawa and the Eddies out of the equation, and the number of players drops to 16 — which isn’t very good at all. Ottawa has played six different Canadians this year, the Eddies have played seven. So, these two franchises are skewing the Power Rankings, which look at the top two divisions in North America — as they both allow Canadian teams to treat Americans as domestic players, but force American teams to treat Canadians as import players. In NASL and MLS, an American is treated as a domestic on both sides of the border;the Canadian player can only be domestic if he plays for a Canadian side.

The USL, not included here, treats both Canadians and Americans as domestic players no matter if they play in Canada and the United States.

Montreal returned to MLS action this week in much the same way it played earlier this season. That is, without using Canadians. The Impact averages just 35.4 minutes per game of playing time for Canadians. Compare that to Toronto FC and the Whitecaps, who are averaging just a little more than 120 minutes per game of time played by Canadians. The Whitecaps/TFC numbers don’t come close to the Canadian NASL teams, but are astronomically better than Montreal’s.

Still, 120 minutes per game is nothing to wave the flag over. That’s one full 90 per game plus a half an hour of sub time.

One final note: We’ve made the decision to completely remove Kofi Opare from the list. While he’s indicated he wants to play for Canada, and spent much of his childhood in Niagara Falls, he’s not a Canadian citizen yet. And, playing for D.C. United, it’s hard to see him fulfilling a residency requirement needed for citizenship anytime soon. Ethan Finlay and Tesho Akindele have been invited to Canadian national-team camps, and Steven Vitoria was born in Canada, so they remain on the Canadian “maybe” list – even though we are hopeful that Akindele will soon move to the surefire-Canada-eligible list before the end of the MLS season.