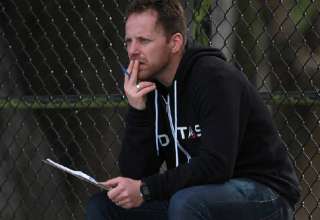 I was chatting with a former Ottawa Fury player and the topic of Marc Dos Santos came up.

“Players would run through a wall for him,” the player told me, stating that MDS was the best motivator he ever played for.

He’s the kind of person who keeps in touch with his former players. A man who has done really everything there is to do in the second division of North American soccer. Three years, three separate teams — Ottawa Fury, Swope Park Rangers, San Francisco Deltas — and three appearances in championship games.

And, on Wednesday, the rumours became hard truths when MDS was named the new head coach of the Vancouver Whitecaps. MDS signed a three-year deal, and will get the MLS chance that, well, a lot of Canadian soccer followers will say is long overdue. MDS is only  41, but with his track record, it feels, well, like he’s been around forever, doesn’t it?

The team has stated that MDS will be given full control of all player transactions.

In 2017, I believe MDS put up the  most impressive coaching display we’ve seen in North American club soccer, be it MLS, USL or NASL. He took over the San Francisco Deltas and, by the halfway mark of the season, it was clear that this team was going to be a one-year-and-done franchise. It was a lame-duck team, with players facing uncertain futures.

Despite that, they became a force in NASL, and ended up winning the title.

Dos Santos has a history of squeezing whatever he can from Canadian talent. The Fury’s roster was filled with Canadians when the team went to the 2015 NASL final, and many of them were what you would consider reclamation projects, players who thought their careers might have been over before the Fury gave them the chances to re-energize their careers. We saw Amer Didic flourish at Swope Park Rangers, with playing time for the likes of Mark Anthony Gonzalez and Tyler Pasher. And, in San Francisco, Kyle Bekker began a career renaissance, which continued this year when he was named a second-team USL All-Star. MDS praised the ethic of Nana Attakora; Maxim Tissot and Karl Ouimette also played strong roles.

“Whitecaps FC are a club with a rich history, from the NASL days, to CSL, USL and now in MLS,” said Dos Santos in a statement released by the team on Wednesday. “It’s a club with an incredible potential to grow and become an example for others. I believe in the structure the club has and in the passion of the people involved. I look forward to meeting with our supporters and listening to them, sharing in their dreams and ambitions. They are a very big part of what this club is all about, and together we will meet the challenge of becoming a championship-calibre club.”

The enthusiasm MDS has for the game, plus the game’s potential in Canada, comes off pretty well every time you talk to him. He’s spent the previous season as an assistant with LAFC, but this is his time.  One thing the Whitecaps have lacked, and this was identified by the players in the team’s season-ending press availability, was an identity. If MDS has full control as promised, we may finally see a “Whitecaps way to play” in 2019.