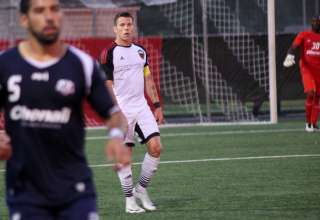 The sabres were rattle. The verbal jabs were launched. But there will be no grand escalation of hostilities between the Ottawa Fury and CONCACAF.

The team announced Friday that it has been notified that CONCACAF will indeed sanction the team to play in the USL, after initial indications were that the regional body was going to block the team’s re-entry into the U.S. based league.

The team confirmed that the sanction is for 2019 only and that “future sanctioning will indeed be reviewed.”

“Now that we’re sanctioned by CONCACAF, the U.S. Soccer Federation and Canada Soccer to play in USL Championship in 2019, we will accelerate preparations for the 2019 season,” said Mark Goudie, president and CEO of the Ottawa Sports and Entertainment Group (OSEG) in a release issued Friday. “Too much negative energy has already been expended on this. I hope that we (starting with me) can now get back to supporting Canadian soccer and each other, regardless of what level or pitch we play on or badge we wear… except for the two-hour period we might play against each other, of course.”

The team will play its third USL season; it moved to USL after spending three years in the now-on-hiatus NASL. The team had been involved in discussions with the Canadian Premier League, but made the decision earlier in 2018 that it would remain in USL rather than join seven other clubs in the new Canadian first division. Canada Soccer greenlighted the decision to remain in USL, but the Fury went public when it received notification that CONCACAF would not allow the move, stating there was no longer an exceptional circumstance that would allow the Fury to play in an American league. The Fury’s stay-in-USL stance was backed by the three Canadian MLS clubs.

Earlier this week, the Fury announced plans to challenge CONCACAF in the Court of Arbitration for Sport. With news that CONCACAF has revered course, the CAS push is now off.

But there is word some damage has been done. Sources have indicated to The 11 that at least one player who had been in talks with the Fury has signed with another club.

CONCACAF issued the following statement: “Concacaf understands that Ottawa Fury FC has withdrawn its unnecessary application to CAS for provisional measures. As we had made clear to the club prior to its commencement of its complaint to CAS, our official process began on December 17, when Concacaf received the application from the CSA seeking Concacaf’s authorization for the club to participate in the USL 2019 season only.  That very same day, we explained to the club that we were expediting the request and that we expected to conclude the review and decision-making process imminently. Ottawa Fury FC’s filing with CAS and their extensive public relations campaign was a needless and misinformed distraction during this process.  Although Concacaf, the CSA and USSF have given their respective authorizations, before the club may participate in the USL for the 2019 season, the Ottawa Fury FC still is required to obtain authorization from FIFA under the clear mandate of FIFA Article 73.”