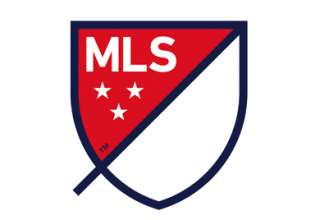 The good news: MLS is revamping its playoff system.

The bad news: MLS is revamping its playoff system.

On Monday, the league unveiled a new 14-team expanded playoff, which will be quicker to complete than the old 12-team system. Confused? It wouldn’t be MLS if you weren’t, right?

In each conference, seven teams will make the postseason. How can an odd number of teams work, you ask? MLS magic, I answer. The top team in the conference gets a first round bye. The other six teams play seeded, one-off match-ups (no two-legged series). No. 7 at No. 2, No. 6 at No. 3 and, you guessed it, No. 5 at No. 4.

The No. 1 seed then plays the lowest surviving seed, right? No. Because that would make perfect sense. MLS playoff systems do not make perfect sense. Not in the past, present or future. The No. 1 team is guaranteed to face the winner of the 4-5 game. The winners of the 2-7 and 3-6 matchups will see each other in the conference semifinal.

How does this all take less time to play than the current (well, now former) playoff system? MLS has eliminated the two-legged playoffs.

No more two-legged home-and-home series! This is where the league deserves some applause. Two-legged playoffs make sense if teams are simply drawn together or are of similar standing. But when teams play a full regular season, the higher seeds have earned the right to have home-field advantages, dontcha think?

In MLS, though, it hadn’t been this way till, well, next season. In the past, two-legged playoffs have been great equalizers, as the higher seed really had no advantage over the lower seed. And what’s the point of finishing 10 points higher in the standings, when it all evens out in the playoffs?

In fact, upsets have been so common in MLS, that it’s not really appropriate to use the word “upsets” to describe them. According to the league, when teams met in a two-legged playoff series, the higher seed won just 55 per cent of the time.

The league understood that, in a seeded playoff, home-field advantages needed to be emphasized. Changes had to be made.

And, as a byproduct of turning two-legged ties into one-offs, the league will shorten its playoff schedule. No more MLS Cups in December. The season should now be done in early November. The league pledges that, even with the compressed schedule, it will be able to honour FIFA’s October and November international breaks.

Now, to the bad — 14 teams making the playoffs.

The more teams you allow to make the playoffs, the more you devalue your regular season, especially the early months of the season. As it was, MLS games played in March, April and May already meant very little. Why? Teams understood that if they got hot in the second half of the season, if they could tweak things, they could still make the playoffs. Easily.

And this window only gets larger, the margin for error is greater, when the number of teams that make the post-season is expanded.

Really, outside of the diehards, what selling point is there to an MLS match played in April, even amongst rivals? Does it have any real bearing on the playoffs or the season as a whole? No, those who will watch will be seeing two teams still trying to figure things out, likely using some players or systems that will be flushed away by the summer.  The more you expand the playoffs, the more you devalue the regular season; it’s a difficult balance.

So, really, the format change is a mixed bag.

But I can’t wait to see what MLS has planned for its next playoff reimagining.