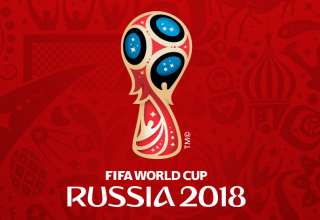 Amongst traditional English-languageTV consumers, the best the opening week of the World Cup did on TSN in Canada was an average of 660,000 viewers per minute.

According to Numeris, which just released its topline data for the week of June 11-17, the early matches from the weekend of June 16-17 hit that 660,000 viewer-per-minute mark. Those broadcasts were good enough to only earn the 24th spot out the 30 top-watched programs in Canada. Compare that to the Stanley Cup, which easily won the Canadian ratings battle the previous week.

Now, let’s not get too excited here. We’re only looking at the first week of the World Cup, before the knockout stages — and the real fun — begins. And, we need to state that the 660,000 represented the high-water mark for TSN, or for any sports programming in Canada, during that week.

As well, with so many of the games being played during the morning and early afternoons of Canadian weekdays, a lot of us are streaming while we’re at work. So, the start times for the games make it difficult for traditional TV viewing.

Really, it’s no surprise that — even on weekends — the early games are rating better than the games going on late in the day. Once we get into later mornings and early afternoons, we all have stuff to do — so we try and keep up or stream when we can. The games that go on while we’re still at home having our morning coffees are rating higher.

Now, for comparisons: Stanley Cup final games between the Washington Capitals and Vegas Golden Knights were broadcast on both CBC and Sportsnet. The CBC broadcasts averaged nearly 1.8 million viewers per minute, while the Sportsnet telecasts drew nearly 950,000 per minute. Put them together, and the audience is more than 2.7 million, a number that dwarfs those early World Cup numbers.

The Stanley Cup finals were the highest rated program from June 4-10 in Canada.