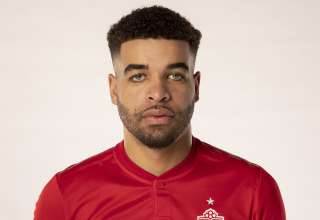 First off, in the wake of Toronto FC’s ouster from the CONCACAF Champions League, it should be noted that several of Independiente’s players should be on the radars of MLS teams.

Omar Browne got the back-breaking away goal, as the Panamanian side, up 4-0 after the first leg, came into Canadian subzero conditions at BMO Field and got a 1-1 result Tuesday. Browne showed some real pace and power up front, and showed he could be up for bigger and better things. Speedster Ivey Romeesh was dominant in the first leg. And, in the second leg, Independiente keeper Jose Guerra made some assured save and showed, with several best-actor-candidate performances, that he can CONCACAF with the best of him. Time waster extraordinaire, that one.

All three, to me, were impressive enough to warrant more than passing interest from MLS front offices.

Basically, Independiente weren’t what we thought they were. This was a composed team, with lots of strength to win 50-50 battles and plenty of pace and finish to punish you on the counter.

Really, though, Toronto FC should have made a tie out of this thing. The Reds were up 1-0 at halftime of the second leg thanks to a perfectly weighted header from Jordan Hamilton, but really could have, should have been up by more. Justin Morrow, who provided the cross for the Hamilton goal, had a great chance to score. But, though his shot eventually got through Guerra’s legs, the keeper got just enough of it to slow the ball enough for it to not get over the line.

Hamilton had two more great chances to score off his head, but, in each of those cases, Guerra was equal to the task, making diving stops.

The Reds dominated possession, but, if the home team was guilty of anything, it was trying to over-pass the ball around their opposition. On a sandy, slow pitch, the more passes you make, the more you increase the chances of turning the ball over. In subzero conditions, with the ball playing like it needed to be pumped up, the best policy — an ugly one, to be sure — would have been to get as many red shirts into the box as possible. Pound cross after cross in there. Wait for the bad bounces.

In the second half, the visitors got the goal that put the Reds out of their misery. New Red Laurent Ciman, the veteran defender brought in to bolster the back line, was a liability for the second game in a row. In leg one, he made an ill-advised attempt to dive at Browne in an attempt to strip the ball; the striker danced around him and scored. In leg two, Ciman misjudged a ball in the air, then headed it backwards, putting Browne on a breakaway which led to a goal.

So far, through two games, it looks like Ciman and fellow central defender Chris Mavinga didn’t spend one second playing together in training camp. Of course that’s not true, but they play like two absolute strangers out there, in total isolation from each other.

Woeful TFC is punished in Panama

Basically, TFC was caught with its pants down, and decided not to even try and pull them b…