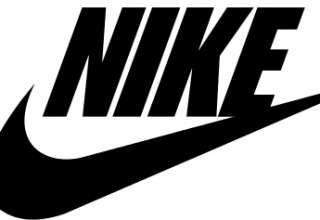 So what should the Alphonso Davies shoes be named? Should we be able to buy Sincy12 gear?

OK, that’s getting a bit ahead of ourselves. Davies and Christine Sinclair don’t have shoe deals with Nike, yet. But Canada Soccer confirmed that the sportswear giant will take over as the official kit and equipment suppliers for the national team beginning in January 2019.

Umbro Canada had been the national teams’ kit supplier since January, 2011, when it replaced Adidas. Umbro’s Canadian division survived bankruptcy proceedings in 2015.

But there’s no doubt Nike has a far greater reach than Umbro could provide — and far slicker marketing campaigns, to boot. While Umbro tended to lean on the classic Englishness of the company, Nike pushes itself as being plugged into the zeitgeist. And it’s amazing how Nike’s merchandise can transcend the sports for which they were intended. It’s a very local example, but my wife doesn’t follow basketball at all — but she know that my son’s big wish was a pair of Kyrie 4 sneakers. Jordan, a basketball brand, is making apparel for Paris St-Germain.  Nike’s marketing lingo becomes the language of a generation.

“This watershed moment for Canada Soccer is further proof that Canada is a leading soccer nation,” said Canada Soccer president Steven Reed in a release. “This new agreement provides recognition of the accelerated advancement of the sport in our country that has been fuelled by our successful hosting of major international competitions including the most recent record-setting FIFA Women’s World Cup Canada 2015 from coast to coast.”