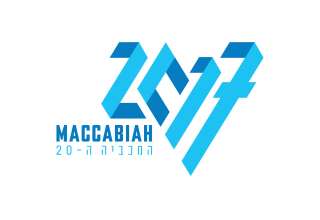 Dino Perri is the coach of McMaster University’s men’s soccer program. But he’s taken on a very different kind of job, and he admits he’s flying blind.

Perri will coach the Canadian open men’s soccer team at the 2017 Maccabiah Games in Israel. The Maccabiah Games bring together elite Jewish athletes from around the world for competition and cultural exchange. But while the athletes have to be Jewish, the support staff and coaches do not — and Perri is happy to be able to steer the team towards the 2017 competition.

“I spoke to a few of the people whi have gone in the past, and they speak very highly of it,” said Perri. “They call it a life-changing experience.”

Under the guidance of Alan Koch, now the coach of VWFC2 of the USL, the Canadian open men’s team won bronze at the 2013 Maccabiah Games.

While Perri will coach the open men’s team, there will be a variety of teams sent to Israel by Maccabi Canada. In the past, national-team keeper Tomer Chencinski, Duke University’s Oliver Spring and VWFC2’s Daniel Haber have represented Canada in the Maccabiah Games. As a teenager, Haber played for the U-18 team. Haber would later professionally in Israel after leaving Cornell University a year early. He’s also got a national-team cap.

“You obviously want to win, but you also spend a lot of time learning about different Jewish communities from around the world,” said Haber. “They see that the things they might read or see on TV about Israel are not that accurate, and they can see what day-to-day life is like there.”

Haber said it was interesting to interact with Jews from around the world, and be able to compare how different their sporting cultures are.

“I think, for me, what was real interesting is how different Jewish communites around the world treat their athletes.”

Perri will be looking at players at national selection camps coming in July. More selection camps for various age groups will take place in the fall. For more information, go to http://www.maccabicanada.com/the-games/maccabiah-games/2017-maccabiah/

“I am really looking forward to the cultural experience,” says Perri.

For information on tryouts: http://www.maccabicanada.com/the-games/maccabiah-games/2017-maccabiah/tryout-information/