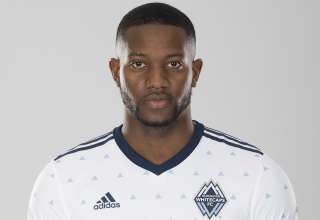 On Wednesday night, in the 95th minute of the first leg of the Canadian Championship final, Henry scored a fourth career Voyageurs Cup goal for Toronto FC. Problem is, he’s wearing a Vancouver Whitecaps jersey, now.

With 10-man Vancouver trying to preserve what would have, should have been a 2-1 win, Henry dove in an attempt to keep the ball away from TFC striker Tosaint Ricketts. It was a textbook diving header. Into his own goal.

Final: TFC 2, Whitecaps 2. With two road goals, give the Reds the edge heading into the second leg at BMO Field.

The own goal spoiled what was an epic second-half performance by the Whitecaps, who played the entire half down a man yet were easily the better of the two teams.

In fact, during his halftime interview with TSN, Vancouver coach Carl Robinson could not have been more wrong.

During his halftime interview on TSN, he said that referee Dave Gantar had “spoiled the game” by deciding to issue a red card to Felipe for a late challenge on Toronto FC’s Marky Delgado.

The score was tied 1-1 at the time. But, with 10 men, the Whitecaps dominated the second 45. Erik Hurtado beat TFC’s high defensive line for an 84th minute goal.

The Whitecaps had their chances. Yordy Reyna slipped when he had the chance to tuck home a low cross. And Alphonso Davies, after turning TFC Nick Hagglund inside out with what is becoming one of the teenage phenom’s signature runs, put his shot right at keeper Clint Irwin.

Edmonton’s Gantar pointed to the spot after TFC’s Ricketts, also from Edmonton, stuck out his left arm and handled the ball of a Vancouver corner. Kei Kamara converted the penalty.

But, before the BC Place crowd was done celebrating, TFC got the equalizer on a stunning volley from Jonathan Osorio off a cross from Delgado. It was Osorio’s fifth career Canadian Championship goal, tying him with teammate Sebastian Giovinco and FC Edmonton’s Tomi Ameobi for top spot in the history of the Voyageurs Cup — since the trophy was awarded after  a tournament, that is. (I don’t need Ben Massey to keep reminding me of this. He will. Good on him for that, by the way.)