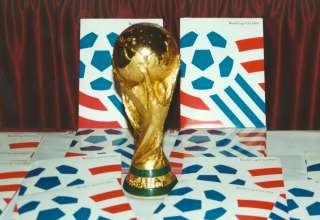 The joint bid for the 2026 World Cup from the United States, Mexico and, of course, Canada, now has a competitor.

On Friday, Morocco announced that it will also be bidding for the tournament. And while Morocco has unsuccessfully bid four times previously, there is reason for those backing a CONCACAF World Cup to be concerned.

As part of a series of FIFA reforms, the voting for 2026 marks the first time since 1982 that the entire FIFA membership will select the hosts. In the past, it was left up to a secret ballot from the members of the executive committee. Right now, FIFA has 211 members so, if there are no changes in membership, the winning bid will need 106 votes.

The CAF has said it will back the Morocco bid, and this is where it gets interesting. Africa has 54 full members, so that means from the continent Morocco already has more than half the votes it needs to usurp the CONCACAF bid. If you want to compare a FIFA vote to a Canadian federal election, think of the CAF as riding-rich Ontario. Win Ontario, and you become awfully tough to beat.

The U.S./Canada/Mexico bid also has the full support of Oceania’s members and will likely score South American support. But, despite South American soccer success, it only has a handful of voting nations (10). Oceania (11 votes) is small, as well. So, while it’s nice, to keep going with the Canadian election comparison, it’s like winning Atlantic Canada. Not a lot of ridings out there.

So, in the end, it will be down to Asia and Europe.

And how many UEFA votes will Morocco get? Morocco will be seen as a de facto European bid; it’s only a one-hour ferry ride from Spain to Morocco. It’s super-easy for European fans to access. As well, Morocco will present no time zone issues for the European broadcasters, who continue to be the heavy hitters when it comes to World Cup rights.

Where else will Morocco pick up votes? Well, pick any other nation that hates America. I’m pretty sure Morocco can count on the North Korean vote, as well as a good number of Middle East nations. You can say that “oh, well, Donald Trump won’t be president in 2026,” but, unfortunately for the CONCACAF bid, we are currently in the prime time for convincing voters. They are going to vote on this next year. It doesn’t matter who is going to be the American president in 2026, what will matter to some of the voters is that Trump is the sitting president and that the political climate in America is growing more and more isolationist and xenophobic by the day.

As well, don’t discount the Blatter loyalists in FIFA; there will be those who backed Blatter to the end, and will still hold bitterness that America played such a key role in ousting some of the old guard. While we can sanely argue that it was about time we cleaned up the corruption that was hiding in plain sight, Blatter still had a massive number of supporters within FIFA, even when he was suspended from the organization.

Had we still been looking at a 32-team World Cup, not a bloated, stadium-sucking 48-team event, maybe Canada would have had a shot at going it alone, even though the federal Liberals seem not to be nearly as enthusiastic as the preceding Conservative government when it comes to backstopping an event such as a World Cup. The Liberals have said they look to back sporting events which are inclusive (feature men and women competitors, plus have components for the disabled).

And, especially out west, almost all of the talk on sports radio and in other media is about Calgary’s potential bid for the 2026 Winter Olympics (which ticks off the aforementioned political boxes) and not the World Cup. Heck, I’d argue that most people here in Alberta don’t know we’re part of a bid for a World Cup.

But, back to the matter at hand. While this is the fifth time Morocco has bid for a World Cup, this political climate will allow that nation to have its strongest chance ever to actually win the rights to the mundial. The CONCACAF bid is still the favourite, but to discount the Moroccan bid as a shot in the dark would be foolish, indeed.

Unless, of course, Morocco is “convinced” to abandon its bid, with promises of rewards to come in the future if it clears the decks for CONCACAF 2026. It’s not like FIFA hasn’t done that before.