December 06, 2022
9 New Articles
Home Canadian Premier League CanPL News and Notes Deal between CanPL and U Sports is very close, but some fine print still left to be written 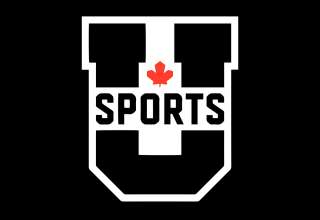 The nascent Canadian Premier League has laid the groundwork for a partnership with Canadian universities. But the fine print on the deal still needs some final signatures.

On Wednesday, U Sports and the CanPL announced the beginning of a new partnership. It will allow for players who are at any of the 48 Canadian university teams to be selected by the CanPL teams, via a draft, and invited to pro camps. If they do make it in the CanPL, they can go back to school in the off-season. This means a CanPL team does not have to wait until a player is in his final year of school in order for him to be drafted.

But, can a player from York University be drafted by York 9, make the team, play in the CanPL and then come back to school in the fall and rejoin the York Lions? The Canadian Premier League release stated that these players will keep their athletic eligibility, but in an interview Thursday, U Sports President Graham Brown said some of the details still need to be finalized.

“We still have some details to work out when it comes to eligibility,” he said. And he said that the deal will likely evolve over time, as the schools and the CanPL recognize ways that they can better work together.

He said that the partnership between U Sports and the CanPL was far enough along that it could be made public, but the “fine print” still needs some going over.

A draft is scheduled for November 12. The Canadian Premier League, which has seven teams announced, is set to begin play in the spring of 2019.

Could Canadian university players make an impact? Well, two Canadian university products — Mark-Anthony Kaye and Shamit Shome — are on MLS rosters. Kaye was having an excellent season with LAFC until he suffered a season-ending injury. (Oops. It’s three. Apologies to Brett Levis of the Whitecaps, and thanks to readers for pointing it out.)

FC Edmonton, from 2011-17, regularly mined Canadian universities for talent. University of Toronto product John Smits won the NASL’s top goalkeeper honour. Trinity Western’s Paul Hamilton was an NASL Best XI defender. Shome split time playing (regularly) for FCE and attending classes at the University of Alberta before he was sold to MLS and then drafted by the Montreal Impact.

You could make the argument that Shome’s career path showed that a player can be in school and play professionally at the same time.

Of course, this can’t be done with schools south of the border, as the NCAA treats collegiate players who understand that their talent has financial value as pariahs. A player can lose eligibility for taking any sort of payment that’s tied to his or her athletic career.

As well, in the U.S., if a player chooses to stay in school until his senior year before jumping into the draft, he won’t be turning pro until his 20s, which some coaches will tell you is too old to be a “new” pro.

Brown said that U Sports has no input into how players will be paid by the CanPL sides.

“This is a new project,” he said. “And this is a league that is just trying to figure out how to get a talent pool in place, and how to align that with the programs that we have.”

He said that Canadian universities “certainly have good athletes” and have vastly improved their programs through better medical support, sport science and off-season training programs.

But, he understands that there are a lot of Canadians “to the south” who will also be looking to play in CanPL. And he isn’t sure where the new partnership with the CanPL will ultimately lead.

He does note that 32 players from Canadian universities signed pro hockey contracts this past year, and that schools north of the border are regular providers of talent to the CFL.

As Brown cautioned several times in his conversation with me, this is a new deal, a new partnership. So, he said he can’t put a target on the number of players he’d like to see drafted.

“We have not done any metrics, internally,” he said. “It’s new. We’ll just have to wait and see what happens.”