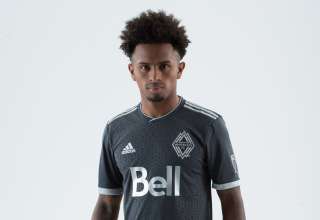 In the first leg of their Canadian Championship semifinal against the Vancouver Whitecaps, the Montreal Impact spurned golden scoring chance after scoring chance, taking only a 1-0 lead even though the margin should have been much, much greater.

The Impact kept letting the Whitecaps off the hook, and the Montrealers were punished for it. All of that fifth-division finishing skill in front of the opposition goal came back to haunt the Impact,  as the Whitecaps got off the deck and scored twice. The Caps won the second leg 2-0 — that meant the Whitecaps took the two-legged tie 2-1 and will go on to face Toronto FC in the final.

Over the two legs, you had to wonder if there was an ocean big enough for Montreal to hit.

In the first half of Wednesday’s second leg, Jeisson Vargas launched a cross into the Vancouver penalty area that was met by Saphir Taider. Whitecaps goalie Stefan Marinovic came out and got a piece of the shot. Then it got weird. Montreal forward Matteo Mancosu was in perfect position to put it in the open net, but the ball bounded right through his legs and into safety. Now, was Mancosu offside? Did he just think he was offside? Or was it just a whiff? No matter which way you look at it, from the initial Taider touch, this was yet another instance of the Impact throwing away a scoring chance.

If Mancosu was onside, that has to go down as the worst fluff of a sitter in the Canadian Championship since Jeff Cunningham decided to not lay out for a ball that was sitting on the goal line. (Sorry to bring back the memories, TFC fans)

A couple of minutes later, the Whitecaps drew level on aggregate as Yordy Reyna stroked in a cross from Jakob Nerwinski.

Whitecap  Cristian Techera struck the bar with a free kick shortly after that.

The Whitecaps got the deciding goal in the second half. Fullback Marcel de Jong rushed into the Montreal penalty area, was coming up quick on the end line, really didn’t have a play, but went down under the challenge from the Impact’s Generation Adidas Canadian, Shamit Shome. The penalty was awarded.

Now, a lot of discussion will focus on the call itself. Was it a soft penalty?

But, when the attacking player is running into no-man’s land, when he’s not even facing the goal, there is no reason to go in with any kind of challenge at all. At best, de Jong would have had to make some kind of wild turn to get a cross in. Chances are he wasn’t going to be able to stop in time to do that. A defending player has to recognize when the attacker really has no play, and simply get goal side of the attacker.

With Montreal pressing late in the game, the Whitecaps had a couple of chances to score against the stretched defence. But keeper Clement Diop made a diving stop on Techera, then later robbed Techera again, reaching behind himself as he flung his body across goal.