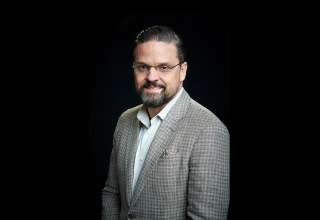 It’s an enduring image, burned into the history of the Canadian Championship: Montreal Impact owner Joey Saputo and then-FC Edmonton coach Colin Miller needing to be separated after a heated on-field exchange, just a few moments after the final whistle of their semifinal match. The Impact turned the tie around with the controversial 97th minute penalty kick.

And there was Saputo, right after the game, going toe to toe with Miller.

Or, in 2017, there was Saputo, issuing one of his many open letters to fans, stating “our team’s latest performance has clearly fallen short of our expectations and those of our members, supporters, and city.”

Or, Saputo front and centre in pretty well every Impact press conference of note. Coaching hire? Saputo was available to take questions.

Heck, Saputo was arguably the most influential man in the room when a group of USL owners decided “to hell with this” and formed NASL 2.0.

Throughout the Impact’s history, Saputo’s cult of personality has been reflected in almost every part of the Montreal Impact.

So, on Tuesday, when Saputo pledged to turn over control of the team to new president Kevin Gilmore, it marked a massive change in direction. Cynics — myself included — will wonder just how long this kind of arrangement can last. Love it or hate it, Saputo bleeds Impact blue, and it’s hard to find an owner in MLS who has been more engaged in the day-to-day business of his club, both on and off the field.

And he’s realized that he might not be the one to do it.

Enter Gilmore, who has served as a vice president with the Anaheim Ducks, Los Angeles Kings and, most importantly for the context of his new job, the Montreal Canadiens — the undeniable big dog of Quebec’s sporting culture. He’s a director on the Canadian Olympic Committee. He’s worked for the Anschutz Entertainment Group. He’s tried to sell hockey in a massive market — Los Angeles — and understands the nuances of selling sport in Montreal.

“We need to start acting like a  big-market team in all facets of our operations,” was Gilmore’s blunt assessment of the Impact when he was introduced to the media on Tuesday.

That means a change in culture.

And Saputo said Gilmore will be given a chance to run the Impact and Stade Saputo’s operations “as he sees fit.”

According to Soccer Stadium Digest, the Impact averaged 18,569 fans per game in 2018, down from 20,046 in 2017. That’s got to turn around — as it’s hard to sell the notion you’re ready for prime time and deserve more corporate support when the first-look scratch test indicates your fan base is eroding.’

Saputo is also the chairman of Bologna FC, currently in 18th spot in the 20-team Serie A. Relegation is a very real possibility, so that also will require some focus.

Saputo  has said the goal is to make the Impact a profitable team within three seasons. With shrinking gates and the need to arouse corporate support, Gilmore has got a full plate. Time will tell if he’s going to be the lone man steering the ship.