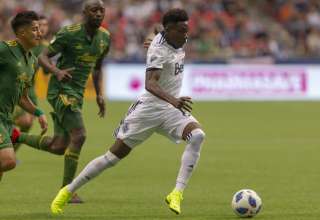 Davies is now off to Germany, where he’ll become a member of one of the world’s biggest clubs — Bayern Munich. At only 18 years of age, he has nowhere near reached his ceiling.

Of course, Davies will be playing in Canada a lot more in the years to come, as a linchpin of coach John Herdman’s national team. So, we won’t be saying farewell, but so long for now.