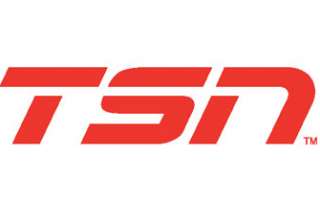 Wow. The numbers are impressive. Or are they?

On Tuesday, TSN issued a media release that trumpeted the fact that a total of 25.8 million Canadians tuned in to the Bell network’s soccer coverage over the course of the World Cup. That’s nearly three-quarters of Canada’s population! And, Sunday’s final between France and Croatia drew an average of 4 million viewers, and peaked at 5.4 million.

On top of that, TSN’s digital properties recorded a total of  7.3 million different stream starts throughout the World Cup. The Croatia-England semifinal was the most streamed World Cup event, with 155,000 starts.

First off, the entire World Cup is 64 games, which were all broadcast live on TSN, RDS and CTV (Bell Media). Divide 25.8 million by 64 and you get an average of just a little more than 403,000 for the tournament. Take away the 5.4 million for CTV’s broadcast of the  final and you average a little more than 323,000 per broadcast.

Let’s go back to CBC’s numbers from the 2014 Brazil tournament. CBC reported that a total of 30.7 million Canadians watched at least some portion of the tournament, and that the World Cup final between Germany and Argentina averaged 4.9 million viewers, with a peak over 7.4 million. A total of 13.5 million hours of coverage was streamed through CBC’s digital platforms.

So, in fact, despite TSN’s oh so bright-and-cheery spin, its coverage of the 2018 World Cup didn’t do the numbers that CBC did in 2014. In fact, over the course of the tournament, TSN attracted 5 million fewer viewers than CBC did in 2014.

Now, there’s some mitigating factors. Brazil offers much friendlier viewing times for Canadian audiences than Russia does. And, well, CBC has greater reach than TSN.

But, as we reported earlier on this site, only TSN’s group-stage games on Saturdays and Sundays did well enough to break into Numeris’s list of weekly top 30-viewed programs in Canada, and they got nowhere near the top 10. The weekday games couldn’t do it. And that has to be a worry as we head towards Qatar in 2022 and the United World Cup in 2026, — with three possible Canadian host cities. In 2026, the tournament will have 48 teams, and viewers (or, lack of them) are already showing us that group-stage matches in a 32-team tournament aren’t performing all that well in terms of viewership. When it’s 16 groups of three playing games just to get a field of 48 to 32, will viewers care all that much?