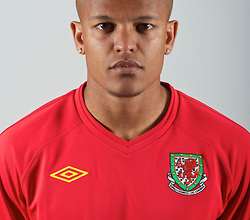 Toronto FC may be ringing in the changes of late with a slew of offseason moves, including five signings just one day before the beginning of the 2013 Major League Soccer campaign, but neither that club nor the Vancouver Whitecaps seemed bothered by the last-minute adjustments after their final training sessions on Friday at BC Place.

Russell, 32, also has experience in England – although mainly in England’s second and third tiers.

Bennett and Morgan were both selected during the 2013 MLS Supplemental Draft, while Osorio is an academy product.

“Obviously the lateness doesn’t help,” Toronto head coach Ryan Nelsen conceded to The 11 when asked about the last minute additions. “We had to evaluate what we had at Toronto on the playing staff, what we could do with the cap. The cap’s a big issue with this club so we had to be creative. Creative in making this club competitive looking at the short-term and long-term future.

“Yeah, the lateness of it, not ideal. I’d love to have five more weeks, but that’s life.”

When pressed on why he waited until the final day before bringing the players aboard, Nelsen suggested it’s better to wait until the last minute than jump too early.

“First I had to see what was here, what cap space we could get,” Nelsen said. “To get a player like Robbie, you can’t just shake your hand and a day later he’s there. It’s what’s best for the team, you have to look at the financial parameters, personality, character – the due diligence that goes into signing a player for the long term is not one or two days.”

Both coach and players in the Toronto camp were eager to point out that these new additions, despite not officially being on the books, have been with the group for a good chunk of preseason.

“The new guys that have come in have definitely given us a boost,” midfielder Terry Dunfield said. “It’s important to integrate on the field and get to know their strengths and weaknesses. Also, off the field it’s important that they settle in Toronto.

“It’s not that easy, but the guys so far are doing a fantastic job.”

On the other side of Saturday’s match, the Whitecaps are unperturbed by their opponent’s last minute new faces, despite admitting there’s some added quality.

“Obviously there’ll be some question marks that even they have right now. We know those players and we know they’re good.”

In any event, the Whitecaps have brought in reinforcements of their own this offseason – perhaps most notably a week ago with the signing off former Premier League midfielder Nigel Reo-Coker, who insists he’s a midfielder and can play 90 minutes on Saturday if needed.

“It’s going to be very competitive,” Reo-Coker said. “The athleticism of the league and the players is fantastic. It’ll be a very difficult game, a very physical game, but at the end of the day, it’s about showing the quality we have at this club, and that’s going to win the game.”

The 28 year old Englishman battled Nelsen in the Premier League and anticipates the New Zealand international will enjoy success on the other side of the touchline.

“I know his philosophy in football and what he believes in, and I know they’ll make it very difficult for us,” Reo-Coker said of the former centre back. “He’ll want a solid team, a good solid foundation, a good structure defensively. They won’t be easy to break down.

“That’s something I’m sure he’ll bring to the team and build off of that.”