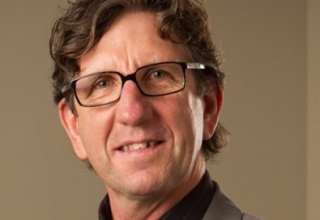 Toronto FC was playing its 10th game in 33 days on Wednesday night against the Colorado Rapids and, in the first half, it looked as if the busy schedule had finally caught up to the Reds.  The club was frustrated and down a goal after the first 45 minutes, and yet in the second half, the Reds rebounded to equalize and then pull ahead on Andrew Wiedeman’s first career goal to give Toronto the 2-1 result.

With the Reds on a three-game winning streak, suddenly the club may wish that it had yet another league game in a few days in order to keep its roll going.

“We take them as they come,” said defender Doneil Henry.  “The boys have been putting in great shifts and it’s hard but we’ve been handling it well. We just keep grinding.”

The Reds’ congested schedule coincided with Paul Mariner’s hiring as head coach, and TFC are now 4-2-4 under their new gaffer, as opposed to their gruesome 1-9 record under Aron Winter over the season’s first 10 games.  Mariner praised how his players responded after he “gave them both barrels at halftime.”

“The resilience of these boys is off the charts,” Mariner said.  “We’ve had a ridiculous run of games and we’ve basically been playing with the same players.  They’ve been playing hurt and some of those guys don’t want to be taken out of the team.  My hat is off to those guys again.”

TFC missed a golden opportunity in the opening minutes when Luis Silva was pulled down in the box, giving the Reds a penalty kick.  Ryan Johnson took the kick, rather than captain Torsten Frings, and the change didn’t work, as Johnson sailed his shot off the right post.

Toronto tried to keep up the pressure but were deflated by Conor Casey’s goal in the 23rd minute.  Rapids defender Hunter Freeman sent a quality cross towards the box and Casey managed to escape Henry’s marking long enough to leap and head the ball into the net for his second score of the year.

Johnson had a couple more chances in the first half but couldn’t convert, leading to the Reds’ half-time deficit and Mariner’s fiery locker-room speech.

“He’s a great motivator and he told us at the end of the first half that we should be winning the game,” Silva said.  “You could tell in the second half that we picked it up and we fought until the last minute.”

Silva was getting the start at forward, playing up front in place Danny Koevermans, out for the season with a torn ACL.  The rookie made a good impression in his first game as a striker, getting two shots on goal and creating all sorts of problems for Colorado’s defence.

Case in point, TFC’s first goal.  Silva and Johnson weaved their way into the box, and when Silva attracted two defenders, Silva passed to his fellow forward, who made a canny touch to put the ball past Rapids goalkeeper Matt Pickens.

Silva’s development as a forward is a good sign for a Toronto side that is thin up front in the wake of Koevermans’ injury and the departures of Joao Plata and Nick Soolsma.  Mariner said that he was impressed with Silva’s performance despite some remaining holes in his game.

“Sometimes the young players, when they get into the attacking third, they don’t know the defenders are a little bit reticent to go and tackle them,” Mariner said.  “[Silva] was sort of losing the ball too much for my liking but you can see the qualities.  In that final third he does freeze defenders and he’s got beautiful feet.”

Just as Johnson found redemption after his penalty kick miss, TFC’s second goal also provided a player with atonement for a first-half error.  In the 67th minute, Henry was fighting for possession in the right corner and made a great effort to both win the ball and keep it from going out of bounds.  Henry had time to cross into the box and found Wiedeman for the left-footed touch and the goal.

“I was trying to put as much pressure on the back line as I could,” Henry said.  “I went in to try and get a cross and when I broke through I saw [Wiedeman] at the top of the box.  I saw him, picked him out and he got a goal.

“I just had to find my confidence, especially after the first goal and I know I should’ve been there with better marking.  It didn’t stop me, I wanted to just go in there and get the three points.”

Wiedeman joined the Reds on Friday as part of a trade that saw Julian de Guzman go to FC Dallas.  Though the deal was primarily made so TFC could free up some cap space and get rid of a player who seemed to have worn out his welcome in Toronto, Mariner believes Wiedeman has the tools to make the trade a steal for his club.

“[Wiedeman] is deceptively quick.  He gets around the field very very well, he’s a very intelligent footballer,” Mariner said.  “He’s got wonderful feet, his touch is very good and I’ve been told he’s probably one of the best finishers in MLS but he’s been behind some very good players in Dallas. We were fortunate to pick him up.”

For his part, Wiedeman describes himself as a “poacher” around the net and his first MLS strike “was definitely a poacher’s goal.”

With Silva and Wiedeman both impressing on Wednesday, Mariner and TFC director of team and player operations Earl Cochrane could again change their focus heading towards the close of the MLS transfer window.  Koevermans’ injury created the assumption that the Reds would pursue a striker, but if their current crop of forwards prove they’re up to the job, Mariner and Cochrane could instead look to fill their oft-stated need for an experienced centre back.

“We’re still light up front and I’m not going to be say we’re light at the back because the back four have been absolutely spectacular but you do need some players in to give them some rest,” Mariner said.  “It’s just a fact of football life.  We can’t continue playing 20-plus more games, it’s going to be tough.  You just can’t keep asking players to keep performing at the level we’re asking of them.”

A roster move could come as early as Thursday, as Mariner hinted that “we may have an announcement tomorrow.”

Now that their compacted stretch of 10 league games is complete, the Reds don’t play another MLS match until July 28 against Houston.  In the interim, however, is Saturday’s friendly against Liverpool in front of what is expected to be a large crowd at the Rogers Centre.  While Mariner is looking forward to facing a world football power, he admitted he isn’t a fan of the scheduling.

“If I’m brutally honest, it couldn’t have come at a worse time because I’ve got some sore men in there, battle-harmed and beaten up a little bit,” Mariner said.  “But it’s Liverpool, you know?”