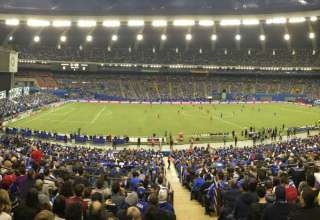 For the better part of a decade, supporting Toronto FC was an exercise in futility. But, after getting to within one Stefan Frei fingertip from winning MLS Cup, expectations are high in Canada’s largest city. Where do the Reds go from here?

When Toronto FC was struggling through its eight-season playoff drought, the mantra heard over and over again was “just wait.” Coaches, players, MLSE upper management, even league officials… the shared message to an impatient fanbase was that it was only a matter of time before TFC figured things out. The Reds had every ingredient necessary to be a cornerstone franchise for MLS and, once the club figured out that little detail of, you know, winning games, the sky was the limit.

One can’t fault TFC’s supporters for being increasingly skeptical as the years went on, nor can one give the messengers “I told you so” credit when it took this long. And, yet, in the wake of the team’s epic run to the MLS Cup Final (when the Reds were either the width of a crossbar or the width of Seattle goalkeeper Stefan Frei’s fingers away from being league champions), it’s hard to deny that the corner has finally been turned. Reds supporters can stop waiting for the other shoe to drop; TFC’s New Normal is being a perennial title contender whose success could be a rising tide that lifts all boats for Canadian soccer.

“Winning is the number-one priority for a team to have,” TFC president Bill Manning said. “When you win and have a good product on the field, you sell more tickets, you sell more season tickets, sell more merchandise, sponsorships… those things are very important. It allows us to make Designated Player decisions, to scout all over the world and have the financial resources to do all that. We’re in a good place now and I think we’ll be in a very good place business-wise after next year.”

With respect to Manning, winning isn’t necessarily a magic formula for every MLS team. Clubs have put a good product on the field but been hampered by such factors as an unappealing stadium, a small TV market, unstable ownership or simply a lack of local interest. This season alone, FC Dallas, Colorado Rapids and D.C. United all finished in the bottom four in MLS average attendance despite reaching the MLS Cup playoffs.

Toronto FC, however, never had these obstacles. The club enjoyed strong ticket sales and their own (mostly) soccer-only stadium since day one, plus MLSE’s deep pockets and infrastructure. These advantages made the Reds’ inability to field even a decent team more pronounced, as supporters justifiably wondered why rival clubs with far fewer resources were winning trophies while TFC floundered.

Tim Bezbatchenko got his own taste of TFC’s malaise in his first full season as the club’s general manager in 2014. The high-profile acquisitions of Jermain Defoe and Gilberto and a fast start to the season didn’t last, leading to another non-playoff year and more disappointment. With lessons learned from that campaign, Bezbatchenko has since made canny moves up and down the roster, ranging from Designated Player signings to draft picks. Of the 14 players who took the pitch for Toronto in the MLS Cup Final, only four of them played for the club before 2015.

“You have a plan and you expect your plan to work. When it doesn’t work, you’re disappointed, and in a way it [still] didn’t work for us since we didn’t win the championship,” Bezbatchenko said. “In terms of what I was brought in here to do, which was to turn the club around and bring people in to help change the culture, I think we’re on our way. We made great strides and I’m tremendously proud of not just the players on the roster, but there are a lot of people behind the scenes that have helped the club get to where we are.

“I think it’s just the beginning. This was the first year we really grabbed the hearts of our fans…That’s ultimately what we’re trying to do, [to] create a shared experience with people across Toronto in a positive way and then use that to keep building and grow the sport, and win something. We’ve set ourselves up to do that.”

Even as the club took steps forward over the last two years, there was seemingly always one more step back. Finally reaching the postseason in 2015 was soured by TFC’s ugly 3-0 loss to Montreal Impact in the first round. Contending for the Eastern Conference title for much of 2016 was marred by the Reds eventually finishing third, thanks to a late-season stretch that saw TFC go 1-1-4 over its last six matches.

In the postseason, however, the Reds began to gain some believers. A 3-1 win over Philadelphia in the knockout round gave TFC its first playoff victory, and a 7-0 annihilation of New York City FC over the two-leg conference semis put the league on notice.

That set the stage for the Eastern Conference final against the Impact, a wild series that will be long remembered in the history Canadian soccer. Over 97,000 fans at Olympic Stadium and BMO Field and over 2.4 million TV viewers on TSN and RDS saw the two sides combine for 12 goals in what was very possibly the best playoff series in Major League Soccer’s history.

“These playoffs were incredible for this club, this city and for this country…the rivalry between Toronto and Montreal grew so much from that series, two incredible games,” Canadian midfielder Jonathan Osorio said. “I don’t want to compare this to any of the big rivalries in Europe or South America but…the Toronto/Montreal atmosphere felt if not like that, then really close. That’s what I feel most excited about.”

It’s unrealistic to expect the same widespread interest to translate into regular-season tilts between Toronto and Montreal (or the Vancouver Whitecaps against either club), though retaining even a fifth of that TV audience next year would represent a major victory. Canada’s MLS teams have traditionally struggled to draw even semi-respectable ratings despite past playoff appearances from the Impact and Whitecaps.

If ever there was a galvanizing moment that turned the casual sports viewer onto soccer, however, the Eastern Conference final was it. Or, maybe, it was the nail-biting MLS Cup Final, which was equally dramatic, despite the lack of scoring. Despite outshooting and outplaying Seattle Sounders FC throughout, the Reds simply couldn’t find that breakthrough goal, due to both their own lack of finish and a spectacular game from Sounders goalkeeper Frei (a TFC product, no less). After 120 minutes of scoreless action, Toronto ultimately fell short on penalty kicks, a deflating ending to a dream postseason run.

If there is any sort of bright side to be found from the result, coach Greg Vanney observed, it’s what TFC has made believers out of people both outside and inside the club.

“In the preseason last year when we set our goals for the year, we were still a group that hadn’t really accomplished anything,” Vanney said. “When you’re setting goals, you’re setting them with the hope that you can achieve those things. But now our group knows they can achieve these things and they understand there are steps that need to be taken….I think we’ve grown a lot in that aspect.

“I’ve spent a fair amount of time in the last few years convincing people in our locker room of how good we could be. I don’t have to convince people anymore. They know we can be good and be even better. We’re beyond that now. We’re in a place where the guys are genuinely hungry to see how far we can go.”

Vanney, Bezbatchenko and Manning all said that wholesale roster changes aren’t in the offing for the Reds, as the club believes it already has a core group capable of hosting a trophy. Barring an offer TFC can’t refuse during the January transfer window for Sebastian Giovinco, Jozy Altidore and Michael Bradley, the three DPs will all return, all eager to finish the job in Toronto.

Just making the postseason field is no longer a substantive goal, as “we’ve tasted it now,” Manning said. “We’re in a different place, there’s been a shift. There’s no doubt this will be a playoff team. The goal is to put yourself in the mix to win a championship every year, and this team will clearly be in that mix. It’s about fine-tuning now.”

Of course, the Reds will still face a long road back to the MLS Cup Final. There are the usual obstacles of injuries, juggling lineups, and possible fixture congestion (though TFC’s participation in next CONCACAF Champions League could be pushed to 2018 due to proposed scheduling changes for the tournament), not to mention the possibility that the team could simply have a dip in form.

By the unofficial rule of “three is a trend,” one more quality season may be necessary before TFC can fully cement itself in its city’s (or country’s) consciousness.

“The only way that the past can get completely erased out of their memory is if this continues,” Osorio said. “You can’t just have one year like this and then back to not making the playoffs. This has to be a continued success for a longer time, and once that happens, those times in the past will be forgotten.”

Still, after a full decade, TFC supporters can finally stop waiting for the other shoe to drop. Given all the progress the Reds have made over the last two seasons, management’s expectation of continued success is no longer hyperbole. One trophy is all it takes to turn “just wait” into “better late than never.”