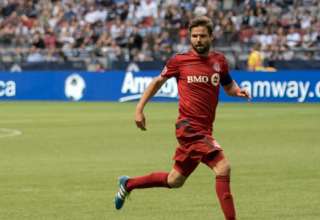 History has shown us that teams that get to championship games and lose, well, they tend to really struggle the year after that. Statistically speaking, Toronto FC’s season was doomed before it even began. So, how do the Reds buck the trend and make it back to MLS Cup — and win?

If Toronto FC is going to avenge last year’s loss in the MLS Cup Final, they’ll be fighting against not just 21 other teams, but 21 seasons of MLS history.

In fairness, two teams in those 21 seasons have won a championship after losing the previous year’s Cup final — DC United in 1999 and the Los Angeles Galaxy in 2002. Those clubs, however, competed in 12- and 10-team leagues, respectively. In United’s case, it played in the first four MLS Cups and won three of them, so the 1998 defeat was more a blip on the radar than it was a heartbreaking setback.

It isn’t uncommon for clubs to make consecutive trips to the Cup Final, though such appearances have become rarer as MLS added more teams and more playoff rounds.

The L.A. Galaxy and Houston Dynamo are the last teams to make return visits to the Cup Final, with the Galaxy beating the Dynamo in both 2011 and 2012.

Even looking at other major North American sports leagues, it’s hard to rebound from a title loss. You have to go all the way back to the 1973 Dolphins to find the last NFL team to win a Super Bowl the year after losing the big game, while the NHL has had only one Stanley Cup loser-to-winner (the 2009 Penguins) in the last 33 years. Major League Baseball has had one World Series loser-to-winner (the 2015 Royals) in the last 26 years. The NBA is the exception to this rule, as four of their last eight champions lost the previous year’s NBA Finals.

So, while it isn’t totally out of the question that TFC can complete their roaring rampage of revenge, the numbers aren’t in their favour. While the Reds have enough talent that they can, and should, be expected to contend for a championship, having both the roster quality and the simple good fortune necessary to navigate back to an MLS Cup Final is a tall order.

“I told the guys last season, all the time we dedicated, all the hard work we put into it, as hard as we pushed, it’s going to be even harder this year because we have a target on our back,” defender Drew Moor said. “It’s easy to say we have to have a strong mentality or take it one game at a time, but to actually go do it is extremely difficult.”

Moor knows something about the “season after” mentality, as he is the only member of TFC’s roster whose MLS Cup experience extends beyond December’s shootout loss to the Seattle Sounders. Moor was a starter for the 2010 Colorado Rapids, who captured the only MLS Cup in their franchise history when they defeated FC Dallas in extra time thanks to George John’s infamous own goal.

The Rapids made a respectable title defence in 2011, winning their knockout round game with the Columbus Crew before falling to Sporting Kansas City in the Eastern Conference semis. Still, Moor described 2011 as “a difficult year” that was “mentally…very draining.”

A short offseason could have been a factor, as Colorado had only two months off between the 2010 MLS Cup Final and the beginning of preseason training for the 2011 season. Thanks to the extended MLS schedule, Toronto FC had even less downtime this offseason, with barely six weeks to rest and recuperate.

Moor, however, dismisses the scant offseason as a concern for this year’s Reds.

“I think two or three weeks, tops, is all you really need off to recover fully,” Moor said. “By the time two weeks is up, you start itching to get back and start getting in shape. Like all humans and, I think, athletes especially, we’re creatures of habit and we want to train. We’re a hard-working group of guys.”

Beyond the physical toll, of course, is the mental toll of having relatively little time to digest such a painful loss. Whatever struggles Moor’s 2011 Rapids endured, or whatever issues this year’s Sounders squad could face, those two sides still have trophies to look back on with fondness. For the Reds, they’re doubly behind the eight-ball in the sense of having little preparation time and without anything to show for it.

Then again, as TFC captain Michael Bradley said in December, the club was taking a clean-slate approach to the new season in any case.

“It doesn’t matter if we’d won or lost [the MLS Cup]. In January, everyone starts at zero, on a level playing field,” Bradley said. “Everything is earned on the field, nothing is handed out. That’s the case heading into next year. Nobody is going to care that we got to the final, or that Seattle won. From the get-go next year, everyone has to play and compete in the best possible way.”

TFC upper management said not to expect many major roster changes over the winter, and indeed, Toronto’s season-opening roster looked largely the same as it did during last year’s playoff run. The only notable new faces were midfielder Victor Vazquez and defender Chris Mavinga, who will effectively replace midfielders Will Johnson and fullback Mark Bloom, respectively.

Clearly the Reds didn’t want to do much tinkering with what was already a successful mix, though the relative lack of roster transactions also means that the memories of the Seattle loss are still fresh in the minds of virtually every player on the club.

Over-writing those memories with a happier ending in 2017 makes for an obvious common goal for the team to use as incentive.

As difficult as the road may be to another MLS Cup Final, Toronto FC knows that it can get there, which is a powerful cure for any post-loss hangover.

“Any time you can bring back a core group of guys, it’s a good thing, especially with this group and a season like last year,” Moor said. “We tasted it, we were right there and we believed we could win a championship. There’s no reason we couldn’t win that championship this year.” 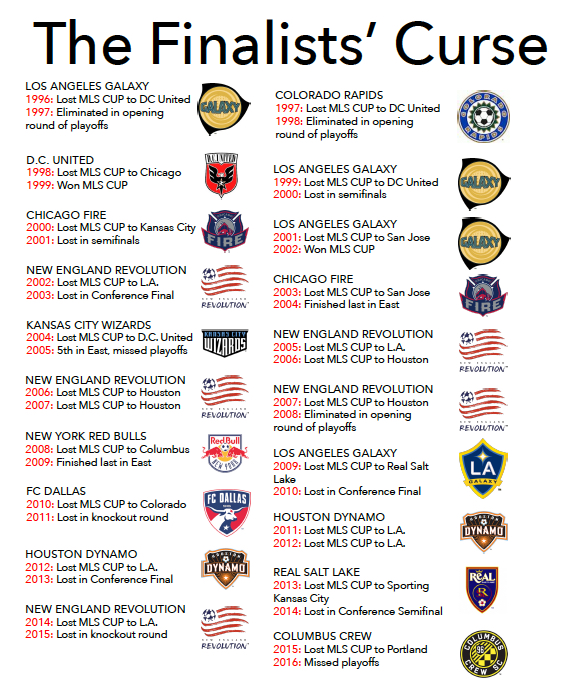