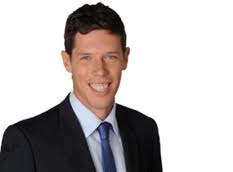 Years after the possibility was raised in hypothetical terms at a social gathering, Quebec has a soccer team that will compete internationally under the fleur de lys flag.

Canadian passports in hand, Les Québécois fly to France on June 20 to take part in the Tournoi International des Peuples des Cultures et des Tribus, a competition primarily featuring teams from non-autonomous regions not affiliated with FIFA. The tourney gets underway in Marseille on June 23.

Former Impact midfielder, Patrick Leduc, will be the bench boss for the team. The president is Yannick Saint-Germain, a former Impact marketing department employee who also served as Montreal Director of Operations for the 2007 FIFA U20 World Cup.

The germ of the team first sprouted at a birthday party both men attended several years ago, recalled Leduc in a telephone conversation over the weekend.

“Yannick was naming players and trying to position them on the field. He was saying that we could have a terrific team if we could bring this guy back from Europe and that guy back from Toronto et cetera.

“Last year he came up with a project. He saw an opportunity with the VIVA World Cup, which is a World Championship for non-federated soccer. He thought about putting a team together and he asked me if I was interested and in what role I thought I could help the team.

“I suggested that I could be either a coach or a player and he said ‘Why don’t you do both?’ I tried to help him out and put together a team. In the end it didn’t work out but he came back this year with a different competition, a different tournament and the timing was better with this one.

“He told me that this was a serious competition but after the matches are over there’s a neat ambience. Everybody joins in together. It’s not as competitive once the games are over. He was clear about that. He didn’t put any pressure on the quality of the team. Even though we want to be as good as we can we understand that the organization is about giving opportunity to these teams but it’s also a gathering place, a meeting place.”

Among the men named to the squad so far are a half-dozen players familiar to Canadian soccer fans. Forwards Reda Agourram and Nicolas Lesage were both in the Impact organization with the Trois-Rivieres Attak and Agourram played with the big club in its final NASL campaign. Midfielder Kevin Cossette is another Impact alumnus while Tommy Lucas captained McGill in his university days. The third midfielder announced, Fabrice Lassonde, and defender Alex Surprenant are both former FC Edmonton players.

The six already named are all presently without contracts. While identities of the bulk of the squad are still to be announced, most of the players have already been selected, several of them presently playing in the semi-pro Premiere Ligue de Soccer du Quebec.

Playing outside the purview of official sanctioning bodies has meant that Leduc has to conduct his negotiations with the Quebec Soccer Federation with some measure of diplomacy. It also places his team in a sort of limbo with regard to the official soccer structures.

“We were as open as we could be with the Quebec (Soccer) Federation. We went to them and asked for their sanction and their approval. They couldn’t give it to us and I understand why. We’ve chosen to participate in an event that is not official. But at the same time it would be hard to put up a team and make it official on our own. We’re building our relationship, trying to come to terms with the Federation and eventually they might be interested and, if it’s on their terms, it could become an official team,” he said before revealing the accommodations that have been arrived at.
“What we’ve decided to do is that even though they’re not approving, they won’t sanction players if there are no complaints about the whole project.”

Leduc has been in contact with PLSQ coaches over the past weeks to ensure that all are agreed with regard to the players he’ll be taking to Marseille and that they’ll be made available. The team won’t be able to work out as a unit as frequently as their gaffer would have liked but he doesn’t see this as a major drawback.

“I know the players. That’s the reason I was contacted,” Leduc said. “I’ve known them either because they were with the Impact at some point or they were with the reserve team. Those were the players I focused on to start the team and I have a few Premiere League players who were recommended to me.” He said.

“There’s a mix of experienced players and some younger players as well. We have a lot of attackers, a number of midfielders and now I have a few issues with defenders. I might have to play as a defender,” he said with a chuckle. “But we’ll have a team with lots of professional experience. I’m quite excited about that. I know that some players, just like me, are not at 100 per cent but that’s not a big issue for me in our first tournament.

“The semi-pro teams train three to four times a week. Players won’t be available to join my training sessions, “ Leduc explained. “So we’ll try to reunite the players the week of our departure and have a friendly on the 18th of June. I tried to get a game against Outremont (PLSQ) but that’s not confirmed yet. It might be against someone else.”

Given that Les Québécois will be taking part in tournament that places its emphasis at least as much on culture as on competition, and that it is the hot-button issue of the moment in Quebec soccer, would Leduc consider including a turban-wearing player for his side?

“I would, as long as the tournament officials allowed him to play,’ said Leduc with a laugh before discussing the Quebec Soccer Federation’s recent declaration and the fallout from it.

“Surprised is not the right word and disgusted is too strong but I was very disappointed about the Federation’s decision about the turban but I’m not surprised. It’s the same attitude they had towards the hijab a few years ago,” he said.
“What disturbs me the most is the way it was presented to the media, Brigitte Frot saying they could play in their own back yard if they wanted,” he said.

Agreeing that Frot’s suggestion could have been interpreted as an invitation to leave the province, Leduc suggested that, while it may not have been the intended message, that’s the way it was received by a good number of observers and social-media commentators.

“That may not have been the intention. If it had been presented in terms of ‘this is a soccer field, a space where everybody wears the same uniform so everybody’s equal.’ I would have been much more comfortable with that but it makes everybody uncomfortable in a, clumsy, awkward way,” he said before linking the theme of diversity to Les Québécois.
“Our team I think, is a good representation of Quebec today. We have francophones, we have Anglophones. There are Haitians, Africans and Arabs. We have an Asian player. It wasn’t like I was looking for that. I was looking at the players and their positions on the field. We have a nice mix and I’m quite happy about that. I never asked them how they voted or if they wanted Quebec to be a country or anything like that. It’s more about the sporting event.”

Leduc hopes that having a team to t represents Quebec at international competitions is not an isolated event but rather something will be maintained, promoted and developed going forward.

“If we have decent results and we can build on that and we have another tournament next year, we’ll have this precedent to base future teams on. We really hope this is not a one-shot deal. We really hope that this can happen again,” he said.

“I wish that one day, Quebec could play against Catalunya. Catalunya plays one game every year and some Barcelona players take part. I just realized that Bretagne, a region in France, played a game against Mali in May and they had two French internationals on the team. Phillippe Billy, who played for the Impact was also on the team.”

The list of teams participating and schedule has not yet been finalized. Among the other teams expected to compete in Marseille are sides from Provence (France), Tibet (China), Ladakh (India), Nagaland (India), Kurdistan and the Chagos Islands(UK).