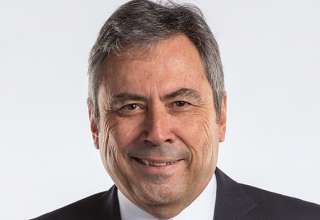 The low loonie makes travel in the U.S. far more expensive for Canadians; but that won’t stop the Montreal Impact from making two separate preseason trips across the border…

When the Montral Impact took to the pitch for its first Major League Soccer game in March of 2012, Canadians could buy an American dollar for somewhere between 99 cents and a loonie. As of January, 2016, that same buck would set you back somewhere in the neighbourhood of $1.41.

Richard Legendre, the Impact’s executive vice-president of soccer operations and Stade Saputo, sees this situation as a challenge for his club — but not as significant an issue as it might be for teams in other border-straddling leagues. It also takes a back seat in many respects to what the organization sees as its main objective, establishing a soccer culture in Montreal and growing the team’s fan base.

Player contracts are signed with the league and MLS takes care of the payroll, which mitigates the impact of the exchange rate on team coffers, according to Legendre.

“We pay an allocation to the league,” he says. “We also pay a certain percentage on revenues we make through ticket sales and sponsorships so I cannot just say one number and say ‘Here’s the impact on us.’

“But it does have an impact on us because our revenues are in Canadian dollars and some of our expenses are in American dollars. But, I think, compared to other pro sports in Canada and just for the fact that the salary cap is lower than other teams, it’s a matter of percentage. The percentage doesn’t change. It has some impact. We have to be prudent in the choices we make. It’s a business but it’s a business where we need to perform well on the pitch. That’s what comes first, to perform well.”

For the first time since its inaugural MLS campaign, the Montreal Impact will be making two preseason trips south of the border, using the Olympic Stadium as training headquarters for the rest of the time leading up the the season opener in Vancouver.

“When the players come back in January, on the 26th or so, we feel it’s important that that they go outdoors to train right away and then come back to Montreal for a couple of weeks in February.” says Legendre.

After training at Olympic Stadium for a short while, it’s back to warmer climes for the last two weeks of the month rather than staying put until the regular season schedule gets underway.

Last season the team had to hit the ground running, its first competitive game a CONCACAF Champions League quarter-final match. The players trained in Mexico for two weeks prior to the match against Pachuca and managed to make it past the Mexican side and into the final.

“We had no choice, in a good way because it was really pushing us to have a good start to the season. We did have a good start in Champions League but we didn’t have such a great start in our league. It was difficult to chase two rabbits at the same time,” says Legendre.

“But this year there’s no Champions League, so we feel that it’s necessary that we have a good start in MLS and that’s why we prioritized the training camp despite the fact that, indeed, it is costing more because of the dollar. It has some impact throughout, but not to the point that it is making us not do the right thing.”

While prudence with the pocketbook is a sound business practise, it takes thousands of fans in seats and many times that number watching at home to bring up the bottom line and, as it has been stated more than a few times, Montreal loves a winner.

“I’m still looking for the city that doesn’t,” says Legendre. “They like winners, but mainly I think that they like to have hope all the time. I don’t think we need to win everything all the time, but we need to be able to win all the time.

“In 2014 we finished 10th and it was very difficult in terms of crowds. When you finish 10th, it hurts, you lose hope.” he recalls. “Last year we were in the race. We didn’t win the championship last year but we did well in Champions League and then we came back and did well in our league. We reached the playoffs and did pretty well in the playoffs.

“Our fans want to have hope all the time so we need to be competitive. We have to shoot for the playoffs every year and they need to feel that we’re taking the means to do so.

The Impact, owned in large part by Joey Saputo and other family members, also has the labour-sponsored Fonds de Solidarité as a minor shareholder. If making money on the team was a prime objective, all involved would probably be disappointed in their investment, but the Montreal Impact’s bottom line is apparently not found in a ledger.

“So far it has not been profitable, so the deficit carries over from year to year but Joey Saputo, our president, has always said that he and his partners are building something. We know that we still have a soccer culture to develop,” says Legendre.

And things are looking up, according to Legendre.

“We know that we need to continue to develop the fan base. Of course when you have crowds you have sponsorships as well and you have TV. It’s one chain and they’re all linked together.”

“You do well on the pitch and people like the team. They like the ambience and they buy tickets. Then you get good coverage. Then you get more sponsors and fans buy merchandise, they buy food and drinks and things go well for everybody.”