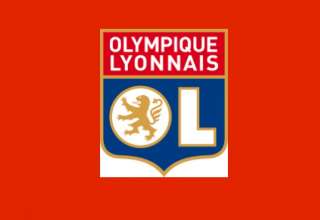 A $25 top ticket price, hot dogs for a buck until game time and the presence of a top-flight European side as the opponent combined to produce the Montreal Impact’s first virtually sold-out house of 2012.

A friendly against Olympique Lyonnais that drew 19,225 spectators, a number that filled all the available seats in the house, ended in a 1-1 draw after regulation time and then extended into a shootout with the French team capturing the night after scoring on four of its five extra shots while the Impact only netted two.

“It was a very good game and good entertainment for the spectators. It was different. From my point of view I would have liked would have liked my team to concede fewer chances, especially in the first half,” said Olympique Lyonnais head coach Remi Garde after the match. “The reason the game was very interesting for my team was the fact that we’re in preseason and so we needed tough opposition and we think we had it today.”

“The team they put out on the field in the first half was a really good team,” said Impact coach Jesse Marsch. “It’s a great challenge for our group to play against a team like that and see what the level can be like. They had a lot of good moments in the first half and so did we.”

The Impact were able to put incoming defender and former AC Milan star Alessandro Nesta on the pitch for the first time in a game where the result was not of paramount importance as well as permit defenders Matteo Ferrari and Nelson Rivas to return to competition, both healed from injuries that kept them out of the starting XI. All of the 18 Montreal players dressed saw action this evening with the exception of goalkeeper Greg Sutton.

OL controlled the play in the first 45 minutes, coolly and competently moving the ball and holding onto it for the bulk of the opening half, which ended deadlocked at a goal each. The French side directed 14 shots towards the Impact net but still allowed the home side a few chances.

Nesta, Rivas and Ferrari all saw action as central defenders with Karl Ouimette, who played 90 minutes, also seeing some time in the same position during the second half. Forward Andrew Wenger and keeper Evan Bush, who also played the entire match, each played a major role as the evening unfolded.

Opportunities came early and often for the French side, which. Midfielder Yoann Gourcuff took a feed and drove it towards the Montreal net, only to have Rivas deflect it over the horizontal bar, one of a half-dozen saves he made to keep Montreal in the game. The subsequent corner kick was headed onto the mesh above the cage by defender Cris Marques.

Forwards Lisandro Lopez and Jimmy Briand combined and have a go at the host net in the 10th minute, their efforts thwarted by Bush once again on his way to being declared the Player of the Game for the Impact.

Montreal’s first chance came at about the quarter-hour mark with a Justin Mapp cross finding Marco Di Vaio but the Italian striker was stopped by OL ‘keeper Hugo Lloris, who cleared the ball to Sanna Nyassi and then made an easy save on the Gambian’s less than rapid roller.

Wenger showed he was recovered from his hamstring injury, taking possession of a loose ball in the 24th, sidestepping an OL defender and sending a rolling ball goalward, giving Lloris another save on the night.

Olympique Lyon got its marker in the 28th minute courtesy of the appropriately named Jeremy Pied, who let a slow roller loose from about 20 metres out that eluded Bush to open the scoring.

Redeeming himself in the 39th minute, Wenger spun around defender Bakari Kone and, shooting from the 18-metre line, put the ball into the mesh behind Lloris to tie the score.

“It’s good for the confidence. I was still a little rusty out there but hopefully I’ll shake that off in the next couple days,” said the recently returned forward before giving his impressions of the opponents, saying, “It’s a championship team, one of the best in Europe. To play against a team of that level and individual players of that level is exciting and something I’ll remember for a very long time.”

He also qualified Bush’s performance as “Fantastic” saying, “He stood on his head and really made some great saves and kept us in the game.”

Marsch also threw laurels at his young goalkeeper, saying, “We like Evan Bush a lot. We think he’s a good goalie and he has a great future. He’s moved himself along this whole season. I watched him play last season and I knew he was a very good goalie last year so the performance he gave tonight was not surprising. I expected him to go in and play well and I’m happy for him.”

Asked if tonight’s performance might have slipped Bush into contention as his club’s starter, Marsch was unequivocal in his support of veteran Donovan Ricketts.

“It’s never easy to be an expansion goalie but we know how talented Donovan is and how experienced he is. He’s still our guy but Evan certainly did well tonight. I’m happy for him and I know that Evan is going to continue to move himself along.”

There was no scoring in the second half and by the 63rd minute mark all Montreal’s starters with the exception of Bush and defender Karl Ouimette had been rotated off. The Impact, more confident in its means than in the opening half, had a few chances, most notably from Eddy Sebrango, who was hauled down on the goal line but still managed to get a shot off. It flew well over the OL goal.

“Out of the saves I made tonight I don’t want to be on the highlights for a bicycle kick that went in. It’s good to make a save on that one. He did well to put it on frame’ said Bush.

THROW-INS – The Impact carried a 2-1-2 record in international friendlies played at Stade Saputo into tonight’s contest. The two most recent results were a 1-1 draw with the Serie A side, Fiorentina, on May 23, 2010, and a 4-1 loss to an AC Milan side that included Nesta on June 2 the same year.

• Olympique Lyonnais midfielder Yoann Gourcuff’s father, Christian, manager of French Serie 1 side FC Lorient since 2003, spent part of the 1989 season in the Montreal Supra midfield. Among his teammates on the 3-14-9 Canadian Professional Soccer League side was Impact Sporting Director, Nick De Santis.