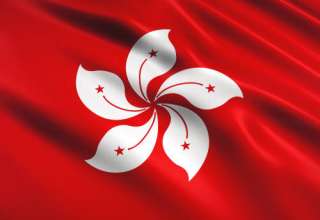 Canadian Matt Lam made his Hong Kong soccer debut on St. Patrick’s Day, playing 45 minutes as his new side, Kitchee SC, had to settle for a 2-2 draw with Woofoo Tai Po.

Lam, whose first appearance in a Kitchee jersey was delayed by a week after food poisoning ruled him out of last Saturday’s Hong Kong FA Cup match against Biu Chun Rangers, didn’t figure in any of the scoring against Woofoo Tai Po. After Lam left the match, Kitchee scored twice, but surrendered the lead late in the game.

Lam, a free agent after he and his hometown team, FC Edmonton, officially parted ways at the end of the 2012 NASL season, officially made the move to Hong Kong in February.

While Kitchee has just four league games left, Lam could have some other opportunities to get some game action. The team is still alive in the HK FA Cup and is 2-0-0 in the group stage of the AFC Cup, which is Asia’s version of the Europa League. Lam isn’t registered to play in the AFC Cup at the moment — he didn’t make the midweek trip to Singapore, where his team beat Warriors, 4-2. But Lam is hopeful that he can be registered onto Kitchee’s AFC Cup roster after the group stage.

Luk, a former member of Canada’s U-17 team, scored Saturday in South China’s 2-1 loss to Tuen Mun. With that loss and Kitchee’s draw, Luk’s South China side is only three points ahead of Lam’s team at the top of the Hong Kong league table.

“It went well — a good start to finally playing games,” Lam messaged to The 11 after the match. “It was always the coach’s plan to just let me get some minutes for the first time. Unfortunately we missed a big opportunity to really close the gap on South China — especially having gone up two-nil in the second half.”