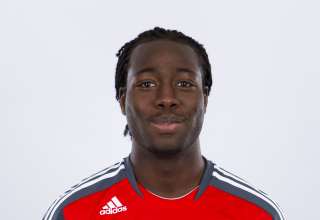 Any time you can go from allowing six goals in a match to a clean sheet, it’s an improvement. That said, Toronto FC’s 0-0 draw with Sporting Kansas City on Saturday at BMO Field still has to go down as a missed opportunity for the Reds.

Sporting entered the game with a league-low 10 points and was playing its 10th consecutive road date, yet TFC still couldn’t take more than a single point from the match.

“The ties will probably hurt us later in the year,” said defender Nana Attakora. “We need to start winning, especially at home. We should’ve gotten three points against KC. They’re struggling, it’s no secret, so that’s a tough pill to swallow.”

After a humiliating 6-2 loss to the Philadelphia Union last Saturday, TFC enjoyed a full week of rest and training for the first time since April 16-23. Clearly the break was spent focusing on defending, and indeed that was TFC’s priority against Sporting. The visitors managed just six total shots in the game (two on goal) and generated next to no attack against stout Toronto defense.

“Obviously not the three points we wanted but the biggest improvement from last week was just the work rate was there, the pride,” said goalkeeper Stefan Frei. “We might’ve lacked the finishing touch at the end but we kept the clean sheet and that’s a good thing. I don’t think we gave them a sniff at goal. There was maybe one or two saves I had to make but they didn’t create much. Very well done defensively as a team.”

With Adrian Cann lost to a season-ending torn ACL and Dicoy Williams away at the Gold Cup, the Reds’ back four consisted of Richard Eckersley and Danleigh Borman on the wings and Ty Harden and Nana Attakora in the middle. For Attakora, it was his first start since April 9 against San Jose. Attakora has been hampered by injury and rumours that he has fallen out of favour with the club due to not signing a contract extension. Against SKC, however, Attakora played a solid game and showed the form that made him a fixture in TFC’s lineup in the previous two seasons.

“People think it’d be a lot of pressure for me, but I just went out there and had fun,” Attakora said. “Me and Ty have worked together in training so that’s nothing new. We did fairly well. It was good to get my legs going again and I’m happy with my performance.”

It was a performance that was cut short, however, in the game’s dying moments. While chasing down a Sporting player in the corner, Attakora appeared to take an awkward step while kicking at the ball and had to receive treatment on the field. He was substituted out for Doneil Henry and revealed after the game that he felt “something” in his quad.

“I can’t really say until I get a scan of it, then I’ll know more,” Attakora said. “I turned on the shot and just felt it right away.”

Losing Attakora would be another blow to a TFC side that is already missing several key players to injury and international duty. In addition to Cann and Williams, Julian de Guzman is also absent due to his duties with Canada at the Gold Cup, Alen Stevanovic didn’t dress due to a minor injury suffered in training and Jacob Peterson and Alan Gordon were both again absent due to nagging hamstring and adductor injuries, respectively.

Given all these absences, Toronto head coach Aron Winter was satisfied with the performance, though he wished his side had been more clinical in front of goal.

“If you watch the play now and last week, it was very good. We were missing a lot of good players and the guys who came in like Nana, Ty and Nathan [Sturgis] have done very well,” Winter said. “We didn’t create a lot of opportunities but we didn’t give anything away also, so that’s very good. “We didn’t create enough because at the moments we had to be there, we weren’t there….In the second half mostly the second ball went to them, so then it was very difficult to play the game.”

The first hour of the game was marked by offensive ineptitude on both sides. Off-target passing, missed passes, stumbling over the ball, inopportune fouls and ineffective challenges all combined for a pretty listless game. Over the last 30 minutes, however, Kansas City started to threaten. In the 64th minute, Sporting striker (and former Canada U-17 and U-20 star) Teal Bunbury was defended by three men inside TFC’s box but still got a shot through that required a nice stop from Frei.

Then, 20 minutes later, KC midfielder Ryan Smith sent a header just barely over the bar. Bunbury accounted for both of Kansas City’s shots on goal in the game, and his every touch of the ball was marked by a loud chorus of boos from the 19,962 on hand at BMO Field.

Unsurprisingly, there were still hard feelings over Bunbury’s decision to play his senior international football for the United States (his mother’s nationality) rather than sticking with Canada, where his father Alex was one of the national team’s most notable stars. As it happened, Bunbury spent most of the game marked by Attakora, his former Canada teammate. Attakora said he felt no extra pressure in shutting down the dangerous young striker.

“I know Teal very well, we played together in the U-20s,” Attakora said. “I know Teal’s strengths, I know his weaknesses, and he’s just a regular striker to me.”

While Sporting was the better team down the stretch, it was Toronto who nearly stole the three points with the best chance of the game. During stoppage time, a long free kick was almost converted by Henry, whose close-range header required a diving stop from K.C. ‘keeper Eric Kronberg. It would’ve been a stunning first professional goal for the 18-year-old Henry, a Brampton native and graduate of the TFC Academy.

The draw extends the Reds’ winless streak to six games (0-2-4) and now, as Attakora mentioned, is when TFC may rue missing out on these chances on their home pitch. After playing nine of their first 13 league matches at home, eight of the Reds’ next 11 games are away from BMO Field.

The trek begins with two cross-country road dates in five days — in Los Angeles on June 11 and then at New England on June 15.