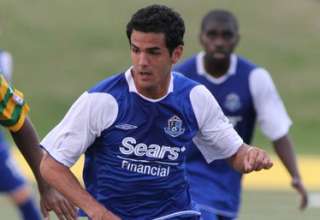 FC Edmonton coach Harry Sinkgraven will be missing a key part of his regular starting XI when his club heads to Montreal to face the Impact Saturday.

Forward Kyle Yamada, who plays on the left side of the 4-3-3, hurt his ankle in the second half of Tuesday’s 4-0 win over FC Tampa Bay. Yamada had scored earlier in the game — and he unintentionally set up Kyle Porter’s opening goal, ringing the initial shot off the post, then seeing Porter tuck the rebound into an empty net.

Over the last month, Yamada has developed into a very dangerous option on the left hand side, causing NASL defenders troubles with his shift runs and his ability to get the ball inside the box.

Yamada’s injury could mean a start for either veteran Dan Antoniuk, who scored the winner in the team’s season opener in Fort Lauderdale, or Michael Cox, the Alberta product who has looked dangerous but has spurned chances in front of goal, including a penalty and ensuing rebound against FCTB.

Even though striker Alex Semenets, who was an opening day starter for FCE, is training with the team, he hasn’t recovered yet from a hamstring problem suffered in the second game of the season.

Striker Chris Lemire continues to recover from a rib problem and punctured lung suffered in a reserve game.

And Sinkgraven has two other reserves nursing injuries; Eddy Sidra and Andre Duberry both are nursing hamstring problems.