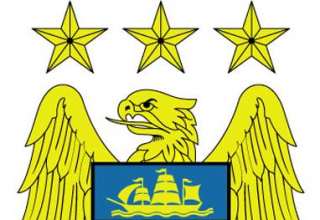 Vancouver Whitecaps President Bob Lenarduzzi said the club had plenty of suitors who wanted to play an exhibition game against his team; but, his club wanted to ensure that it picked the right opponent for its first major international friendly of its international existence.

The right opponent, in this case, is Manchester City. But is it the right date?

The Whitecaps announced Thursday that it will play Manchester City on Monday, July 18 at Empire Field. It’s part of the World Football Challenge series.

But, how will that game stretch coach Teitur Thordarson’s ranks? A high-profile international is a great PR exercise. But, the Whitecaps are scheduled to play at home to the juggernaut that is Real Salt Lake on July 16, and then travel to San Jose on July 20. A game on July 18 now gives the Whitecaps three matches in a span of five days, when the weather will be warm and players’ energy will be drained.

On the surface, the City-Whitecaps friendly is a sexy fixture to offer the fans. But, how will the fans feel if Thordarson is forced to juggle his lineup to deal with three games in a very short time span? We have already witnessed, through the first month of the season, how stretched the Whitecaps have been due to injuries.

There had been reports yesterday that the game would have been schedule for July 25, but that would have been logistically impossible. If Vancouver was to win the Nutrilite Canadian Championship, the qualifying round of the CONCACAF Champions League is scheduled to run in the July 26-28 window. So, there is a possibility that Vancouver, if it becomes Canadian champion, could have to play in Central America or the Caribbean as early as the 26th.

The Whitecaps aren’t using this as a massive revenue generator. Instead, it’s a value-added customer-service effort. Season-ticket holders will get in to the Man City match for no extra cost. That offer will be extended to those buying season tickets up to the end of April. So, the game should help sell some more season tickets, but it’s not like the Whitecaps will be selling 20,000 tickets at $100 a pop.

And, real grass will be put in to Empire Field for the game.

“We wanted to thank our fans, they have been absolutely fabulous,” said Whitecaps’ CEO Paul Barber.

“They haven’t scored against us yet,” said Lenarduzzi. “That’s something they’ll want to remedy when they come in.”

And, there is one other subplot of note; Whitecaps striker Atiba Harris is Man City defender Micah Richards’ cousin.

When Toronto FC secured a home friendly against Real Madrid in 2009, it was able to get a match with New York Red Bulls rescheduled to make it work. Right now, though, the Whitecaps are faced with three games in very short order.

If the club plays the fatigue card in July, when the fixtures come fast and furious, fans need to remember that the Whitecaps have helped create a packed schedule for themselves.