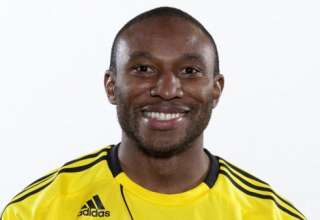 It’s OK if, until late Wednesday night, you had forgotten that Jeff Cunningham still played in MLS.

After spending most of the first half of the season riding the pine, arguably the greatest villain in the history of the league is now tied with Jaime Moreno atop the MLS all-time scoring list. His 133rd career goal, his first for the Crew since he returned to the club in the off-season, gave Columbus a 1-0 victory over the Vancouver Whitecaps at Empire Field.

In a game in which Crew keeper Will Hesmer saved a penalty from Terry Dunfield and made three terrific saves to keep Camilo off the scoresheet, Cunningham ended up being the story. As time wound down in a game that Vancouver dominated in terms of scoring chances, a poor clearance fell to the foot of Crew defender Josh Gardner, who floated a perfect cross for Cunningham to nod home.

Yes, reader, you can detect a note of sadness in the previous paragraph. It would be a lie to suggest that there are a lot of hardcore MLS fans — people who remember the Kansas City Wiz looking like they were ready to march in a Pride parade with those rainbow kits, people who equate the term “red card” with “Dema Kovalenko” — who want to see Cunningham usurp Moreno at the top of the MLS scoring charts.

Cunningham has always been surly and enigmatic. In his short 2007-08 tenure with Toronto FC — where he became one of the most reviled players to wear the club’s colours — Cunningham produced little and was never found in the dressing room. He avoided the media, avoided the heat. Even when his then-coach John Carver called him out after he missed a sitter that would have given the Reds’ the first-ever Nutrilite Canadian Championship title, Cunningham did nothing in response.

Last year, when he got close to Moreno’s record as a member of FC Dallas, creating a massive marketing opportunity for the league in a market that’s traditionally been one of its weakest, Cunningham decided to create his own media blackout. No quotes.

In a league that needs its star players to be its spokespeople, Cunningham’s stance was frustrating.

Look, every league needs its villains. Football has the Raiders. Everyone outside of south Florida loves to despise LeBron James. Two of the NHL’s greatest goalies of the last 25 years, Ed Belfour and Patrick Roy, heard cheers every time they were beaten. We need heels to make our heroes’ tasks all the more, well, heroic.

It took Cunningham half a season to finally get the goal. Now, the question, when he finally gets the goal to break the record, does he finally open up? Does he stop being mystery man? Or, will fans simply be counting down the days it will take Landon Donovan to pass him?

Cunningham got the goal, but Hesmer deserves consideration for Player of the Week for his acts of larceny. Camilo had several good chances to score, and Hesmer denied them all — the best coming early in the second half, when he denied the Brazilian at point-blank range.

But Hesmer’s highlight-reel moment was his stop of Dunfield’s penalty. Hesmer guessed right, dove to his right and stopped the shot — and pounced on the potential rebound.

Shea Salinas, who struck the post earlier in the match with a low drive, was sent off late in the second half, after colliding with Gardner. Salinas didn’t pull out of a challenge even though he was clearly going to be late to get the ball. It was an untidy challenge, but the fact that it ended up looking like a bodycheck at full speed didn’t help Salinas’s cause. He’ll miss Saturday’s game against the Colorado Rapids.