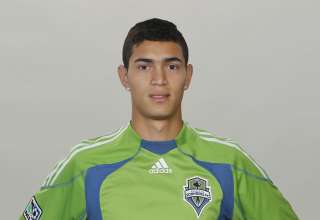 A month and a half ago, FC Edmonton was in second place in the NASL table. But an eight-game winless streak has seen it plummet to sixth, where it hangs on to the final playoff spot with seven games to go.

The Montreal Impact, left for dead a couple of weeks ago, is seven points back. The Impact have made a series of additions to the team, signing the likes of defender Cameron Knowles, English midfielder Ian Westlake and former MLS attacker Sinisa Ubiparipovic to the fold. And, on Monday, the club added Miguel Montano, a Colombian international, on loan from the Seattle Sounders. Montano appeared in two MLS matches this season.

“He is a fast and technical player, who can play as forward or wide out,” said the Impact sporting director Nick De Santis. “He has played at this highest level in North America and will bring more depth to our team. He is excited to come to Montreal. We will have the chance to see him.”

These players — save for the Montano loan — are only on contracts till the end of this season, so they are furious to impress for next season, when the Impact moves to MLS.

While it’s still improbable that the Impact will overhaul FC Edmonton for the last playoff spot, FCE’s recent struggles have made the race a lot more interesting than it needed to be.

And, with Toronto FC and the Vancouver Whitecaps well out of the MLS playoff picture, the potential FCE/Impact duel for the final playoff spot promises to provide the most engaging autumn soccer for followers of the professional game in Canada.

The keys to the race? Of its seven remaining games, the Impact have just two left at Stade Saputo. And the Impact has not traveled well this season; Montreal has only won on the road once so far this season, a 5-0 triumph over FC Edmonton back in May.

While FCE still has a very tough doubleheader in Puerto Rico left on the schedule — in which the team would do well just to get a single point of the two games against the surging Islanders — it has four of its final seven on the bouncy Foote Field turf.

And, what could be key is that FCE still has both home dates against the last-place Atlanta Silverbacks left on the schedule. The Eddies must take six points from those two matches. Montreal does not have any games left against Atlanta.

And, in case FC Edmonton and the Impact finish tied at the end of the season, head-to-head records decides who gets the spot. Montreal has 5-0 and 2-0 wins over FCE early in the season, while FC Edmonton had a 1-0 win over the Impact in the summer. But, with a 1-2-0 record vs. the Impact and a goal difference of -6, a tiebreaker is likely no good for the Eddies, no matter what happens against Montreal on Sept. 17.