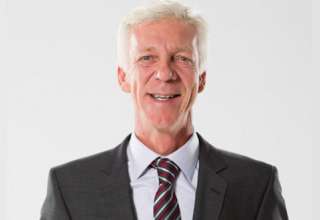 After his hiring was announced almost as an afterthought at a Toronto FC press conference in early January, new Academy Director Thomas Rongen’s first appearance went under the radar at the club’s recent media day as well.

The Academy side was placed in a separate area. Rongen stood in near anonymity beside academy coaches Danny Dichio and Jim Brennan.

Rongen is not an unknown in league circles being a former coach of four different clubs. The position, however, is somewhat new for him, but he’s had plenty of experience dealing with young players as the head coach of US U-20 men’s national team, leading the team to World Cups in 2007 and 2009.

“Yes…not necessarily as an academy director but head coach of respective organizations where we always talked about youth development,” said Rongen when asked he has had a similar role in the past. “I was clearly a big proponent of D.C. United to start that. I did start that in my first year actually. It’s grown to players like Andy Najar and Bill Hamid becoming part of the first team.

“I’m a firm believer in that and we will have a blueprint in terms of coaching methodology in terms of playing style and good part for me, I’m a teacher by trade so it’s going to be my first experience.”

With the new academy facility breaking ground last summer and its expected completion late this summer, TFC will be realizing a big step towards the future of the club. Rongen has been entrusted by fellow Dutchman, Technical Director and Head Coach Aron Winter, to mould and develop young players into the total football system and make a seamless transition into the first team.

“With my experiences internationally and also within MLS and know what is required to play at that level and with my background with the Dutch total football that’s in line with our first team philosophy – this one almost became a no-brainer for me so I’m very pleased to be here,” said Rongen.

The Blueprint
Last season was undoubtedly a tough year for Winter – to make a transition from Europe to MLS and then be the man in charge of turning TFC’s fortunes around without having a solid foundation in place. Rongen thinks Winter has done an admirable job in just a year and has put the right pieces together to build a successful franchise.

“I think when Aron set out to build this organization…he knew his first team was his main responsibility, but he also felt very strong about other areas within the organization that needed to be tweaked, needed to become better,” said Rongen.

“I think he’s putting people in place in respective areas that he doesn’t have to worry about anymore – clearly focus on the first team. He’s done it with his coaching staff, he’s done it with the management staff…he’s done it also on the academy side. That’s a very important component of this year and the commitment that the ownership group has shown when in account with the blueprints that we need to invest in our youth because that’s our future.”

Rongen did not hold back and shared his vision for TFC’s future — to not only develop players for the future but to put a solid foundation in place moving forward. For him the goal is clear and that is to make TFC a frontrunner in MLS from the academy, up to the first team.

“The MLS rules are still such that it’s hard for us to continuously sign home-grown players, but eventually, hopefully, we can and I felt that with the right direction we can supply our first team on a pretty regular basis with talented players that are home-grown and that can play for the first team and eventually if we hold on to them, we can sell them to Europe,” said Rongen. “That’s part of the whole business model so to speak.

“So there’s now a real structure, vertical integration in place for the first team to eventually probably an under-10 team. We would like to get teams in every age group. We would eventually like to go through residency. Our new complex will hopefully provide us to do that and be the frontrunner in MLS in regards to youth development.”

Making a Difference
Rongen also gave insight into a valuable tool that will help academy coaches to monitor, assess and track the development of youth from when a player enters the academy through to graduating to the first team — all with a touch of a button.

“We’ve bought this incredible video equipment that allows us when kids enter the academy to follow these kids and there could be incredible data that we can find,” said Rongen enthusiastically. “At age 18 on, one can push one button and they’ll see where this kid started at 12, where he’s grown, where he’s gotten better and which areas that we still need to be improve on and that’s just continuation of input from our coaching staff based on what we see in a player.”

Taking a page from some of the best academies in the world, this is the kind of impressive technology that will put the Reds ahead of the pack in MLS and on a track to continued success for years to come.

“That’s pretty comprehensive, that’s what the biggest clubs in the world do…we’re not re-inventing the wheel, we’re just taking stuff, which is sometimes very costly quite frankly, and have convinced our ownership group this is the way we want to go. Might not pay dividends next year but in years to come I feel that we are going to be, like I said, frontrunners in technology, in science and in player development.”

As a former MLS coach of the year and MLS Cup-winner with DC United, Rongen doesn’t rule out a return to the touchlines. But for now he is more than comfortable developing the next generation of stars and home-grown talent in Toronto.

“Yeah this is the direction I really want, but you never know,” said Rongen. “The soccer business – I’ve coached four MLS teams. I’ve been hired, I’ve been fired, I’ve moved on…and this I think in my phase of my career the feeling something that I really wanted to do.

“It’s an age group that I really like, that I can work with…young players that aren’t spoiled or ruined yet – you can make a difference…development as players but also as human beings, education is important to me and producing well-rounded people and players for our first team eventually, that’s my goal.”