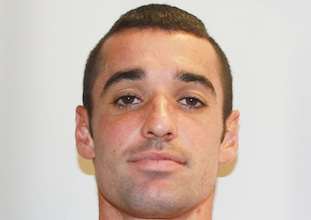 Andrew Jacobson suffered an allergic reaction to a chocolate bar before the game.

After two MLS matches and one and a half CONCACAF Champions League (CCL) matches, FC Dallas remains one up on Toronto FC.

Each game that the two teams have played against each other this year has ended with FCD up 1-0, including the washout on Wednesday night. The original match was abandoned due to a violent rain and lightning storm which also had Toronto on a tornado watch. The game was replayed in its entirety on Thursday morning, but TFC was unable to make much of its second chance, once again being shut out by the Hoops.

This time the hero was an unexpected one for FCD — a player who wasn’t even supposed to start the match. FCD coach Schellas Hyndman was forced to make a last-minute change his starting XI and inserted newly acquired defender Jack Stewart. In first-half stoppage time, Stewart was left unmarked in the box and he was able to head in a cross past TFC keeper Milos Kocic for the only goal of the match.

“We just picked up Jack Stewart and we don’t much about him,” admitted Hyndman. “But I got to say he’s pretty good in the air. I thought he played really well under the conditions of not knowing the team.”

Midfielder Andrew Jacobson played the night before and was supposed to be in the lineup but suffered an allergic reaction when eating a chocolate bar with peanuts prior to the match.

“He (Jacobson) bit into a chocolate bar and had peanuts in it and, of all things, he’s allergic to peanuts. We found out as we were walking out into the field. So that was a lesson learned — he’s not going to eat any more chocolates before the game,” said Hyndman.

Said Stewart, “Hopefully AJ is all right — I know it was a peanut allergy and not the way you want to go into the game but it was what I was brought in for and you do with what you can.”

For TFC, it was yet another tough result. After going unbeaten in six matches in all competitions the team finds itself on a two-game losing streak. Coach and technical director Aron Winter thought his team played well considering his team had to play again after playing the night before.

“You have less time to recover but we’re all professional and you know you have to play and if you watched the condition of the players, it was good today,” said Winter.

“I think if you watched the whole game you would see that we had more chances and opportunities then Dallas had. We had a lot of opportunities to score. In the first half they were given a penalty and then scored off a set piece.”

Torsten Frings was by far the best player on the field for TFC as the game was played predominantly in the midfield. Ryan Johnson played alone up front for most of the game, occasionally joined by Peri Marosevic. Kocic once again started in place of Stefan Frei, who was still out with a leg injury. The goalkeeper wasn’t tested very often but still played well in net and cannot be faulted on the lone goal.

Game On
TFC already dealt with a washout back on May 25 in the final of the Nutrilite Canadian Championship. The game was also abandoned due to rain and an unplayable pitch at BMO Field that turned into one giant puddle. For Dallas, however, this was a new experience.

“This is really the first time that we went through the game we did last night,” said Hyndman. “To get up early this morning and have a quick breakfast and start the game over again — it was really a strange event.

“It was a beautiful day today but the players really felt it with the sun on them — the fatigue. Both (teams) had basically been on the same schedule for the past six to eight weeks playing a lot of games — a lot of games on the road — it’s a compliment to Toronto and FC Dallas well they put everything on the line today.”

The first half started out at a good pace by both teams and looked destined to be deadlocked heading into halftime. But in the 42nd minute a defensive miscue forced Richard Eckersley to make a challenge on FCD’s Marvin Chavez from behind. Chavez snuck in past the defenders and was charging towards a loose ball before being knocked down. The referee pointed to the spot immediately, as well as issuing the TFC defender a yellow card.

Captain Daniel Hernandez stepped to the spot and fired the penalty low to the left side with Kocic diving and stretching out, but the ball went wide just missing the left post.

Kocic was forced to make a difficult save a couple of minutes later but his luck ran out in stoppage time when Stewart headed a cross from Winnipeg-raised defender Ugo Ihemelu at the left touchline. TFC midfielder Matt Stinson left Stewart unmarked letting the defender find space before connecting on the header to give the Hoops a 1-0 lead.

In the second half FCD did a great job of keeping possession forcing TFC to work and run for the ball. With both teams playing a half a game last night fatigue did start to set in for some players, but more for Toronto as its players continued to chase the ball as the game wore on.

In the 79th minute, former FCD forward Peri Marosevic got behind the defence and flicked a pass from Joao Plata on goal, but Kevin Hartman made a huge game-saving stop. He came out to challenge, looking big and giving the forward very little to shoot at.

As time wound down, TFC pushed forward realizing time was running out — perhaps that should have been a strategy used earlier in the game. In the 82nd minute, a shot by Julian de Guzman was blocked but the ball came right to defender Leandre Griffit who shot low to the left and just missed the far post.

Moments later, Bruno Guarda was issued a yellow card for knocking down Frings and the Reds were given a free kick from just over 25 yards out. Frings fired a low drive after a couple of touches from his teammates but Hartman was able to make the save.

In the 90th minute, Eckersley was issued a second yellow card for kicking the ball away and dropping his club to 10 men. Three minutes of extra time were added but in the end FCD was able to hold on for the 1-0 victory.

TFC will have to once again reflect on a game with so many missed opportunities and mistakes leading to a goal.

“Defensively we played very well, unfortunately they had a couple of situations right before the first half where there was a few mistakes and they scored on that,” said Frings through an interpreter. “I am very happy with the whole teams performance but the team needs to score more goals with the chances they have.

Toronto won the first game of the CCL group stage 2-1 in Panama against Tauro FC last week and after the loss are temporarily tied for second in Group C. Mexican club Pumas and Tauro FC will play their second match later on Thursday evening in Panama.

With four games left in the group stage, TFC needs to maximize its points at home and pull out the six points in its remaining matches at BMO Field. However, TFC will have its hands full in its next CCL match against the Pumas in Mexico on September 14. Pumas will make its return visit to Toronto on September 27.

The Reds will now shift its focus back to MLS when the team hosts the San Jose Earthquakes on Saturday night with kickoff at 7 p.m. ET.