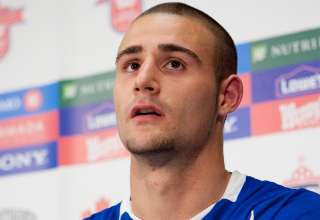 Just two days after he announced his roster of 19 players for the Sept. 2 home date to St. Lucia and the Sept. 6 match in Puerto Rico, Hart made three adjustments Saturday.

Burnley defender David Edgar, Jonathan Beaulieu-Bourgault of lower-division German side SC Preussen Munster and former Vancouver Whitecap and current St. Johnstone striker Marcus Haber have all been added to the side.

They replace D.C. United defender Dejan Jakovic, defender Nik Ledgerwood and striker Olivier Occean, who was off to a hot start, scoring four times in his first five games with his Bundesliga 2. side, SpVgg Greuther Furth. Occean scored again in Friday’s 4-1 win over Bochum — and played the full 90 minutes. Occean’s team is currently top of the Bundesliga 2. table.

Edgar was named as a last-minute injury alternate for the Gold Cup squad, but didn’t travel with the team to the United States. Beaulieu-Bourgault saw eight minutes of action at the Gold Cup, coming in as a late sub in the opening 2-0 loss to the host Americans. Haber has made only one previous appearance for the Canadian senior squad, playing 16 minutes in a 2010 draw with the Ukraine.