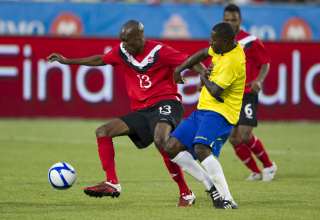 When national-team coach Stephen Hart started picking the roster for Canada’s first two World Cup qualifiers, he had hoped to be able to pick players who were all playing regularly in their North American or European leagues.

It didn’t work out that way. From a scandal forcing the delay of the Turkish season to glaring holes at various positions, Hart was forced to pick some players who might be a tad rusty.(CLICK HERE FOR ROSTER)

“The squad had its own complications,” said Hart. “I wanted to pick payers who were playing, but it didn’t work out that way — a number of positions wouldn’t have been filled.”

Marcel De Jong, playing in the Bundesliga with Augsburg, couldn’t be available because of a family issue.

Midfielder Josh Simpson, defender Mike Klukowski and keeper Milan Borjan all play in the Turkish league, which has delayed its kickoff to Sept. 9 as the association deals with a major match-fixing scandal which has already led to the expulsion of Fenerbahce from the Champions League. A focus match of the scandal involves Sivasspor, which lost 4-3 to Fenerbahce on the final day of the season, which gave the Istanbul giants the title. Borjan is now with Sivasspor — but wasn’t with the team last season.

“I think that (the Turkish scandal) is a concern,” said Hart. “But they (Borjan, Klukowski, Simpson) have been playing quite an exhibition schedule against a lot of different clubs.”

As well, the addition of Atiba Hutchinson, who came on as a sub for PSV Eindhoven this past weekend, was a surprise. The reigning Canadian player of the year is coming off meniscus surgery. Hutchinson kept in regular contact with Hart over his status — an feels he is ready. But Hart admitted that, because of the knee, Hutchinson isn’t a surefire starter for Canada.

“PSV thinks he can come and contribute. But we will keep an eye on him and make sure he’s 100 per cent.”

Canada’s first qualifier comes Sept. 2 at BMO Field, where the squad faces St. Lucia; the second comes on the road to Puerto Rico. It promises to be Canada’s trickiest match of the first round, as many of the Puerto Ricans play together on a regular basis. Seven of the national-team members come from the NASL powerhouse Puerto Rico Islanders. And Hart admitted that’s a worry.

“It’s a huge factor. A lot of teams in the Caribbean and in Central America are in a position to spend a lot of time together.”

And that means the strikers know how to play off each other, the formations come easy, the marking assignments are easily remembered.

Hart said, with the current squad, he has three formations picked out, with which almost all of the veterans are familiar.