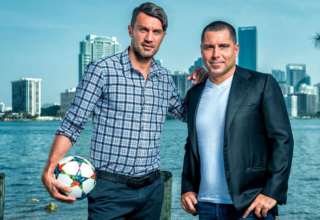 On Wednesday, the league announced that it would be adding its fourth Florida franchise in time for the 2016 season. The team’s investors include sports media mogul Riccardo Silva and Italian football legend Paolo Maldini.

Of course, with a team just up the highway in Fort Lauderdale, and Jacksonville and Tampa also in NASL, those outside the state of Florida have every right to wonder if the league is too focused on one state. Sure, more expansion teams will come but, as it stands, four of the 12 NASL teams will be located in the Sunshine State.

But Fath said the key to the league’s growth is having the right kind of investor.

“We want to grow with good owners, and this is a good owner,” he said on Wednesday night, as he watched his Eddies battle the Vancouver Whitecaps in Canadian Championship play. “We feel that Miami is a large enough market, and far away enough from Fort Lauderdale, to support the team. It’s good for the league.

“It’s no secret that we are looking to expand; what we need are good owners. We want to have more teams.”

But, having more teams in the southeast will only serve to increase the travel bill for the Eddies, currently the only NASL team in the Mountain time zone. Just with the four Florida teams, the Eddies are looking at four road trips of 3,000-4,000 km (one-way) each. It’s given wisdom that flying an NASL team and paying for hotels and meals costs north of $20,000 a trip. But Fath told me that, when the Eddies faced Fort Lauderdale in the playoffs back in the FCE’s inaugural season, booking seats and hotels last-second ballooned the costs to over $40,000 for that trip.

As well, with no direct flights from Edmonton to Florida, you are looking at making even more punishing trips that are north of eight hours in planes and airports — once you factor in layovers.

Fath said that scheduling midweek games here and there, which would allow the Eddies to play two Florida teams in a one-week trip, would really help the team’s bottom line.

“It doesn’t really help when you’re playing once a week. But there’s a few times this season where we are playing midweek games. If we could play one game on the weekend and another in the middle of the week, that would really help with the travel costs.”