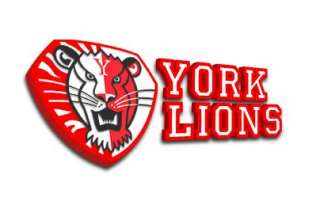 The win, coupled with York’s 4-1 win over Brock on Sunday, will likely keep the Lions at the No. 1 spot on the CIS charts.

Stinson, who is officially in his third year of CIS eligibility even though he made his Canadian university soccer debut this weekend, scored the 62nd-minute winner against Western. The other York goal came from former TFC Academy prospect Jonathan Lao, so York’s win definitely had a Reds’ alumni feel to it.

For Lao, it was his eighth goal on the season.

Stinson didn’t make his debut till game nine of the OUA season. Just last week, the MLS Players’ Union released the updated salary figures for September, and Stinson’s name had dropped off the list. Stinson had been shown as still having his contract paid out by the league through the summer, after Toronto FC cut him in mid-March.

Even though Stinson was still a member of TFC in March, he hadn’t played for the team in 2013, which allowed him to become eligible to play Canadian university soccer in September. CIS rules state that pro players can return to CIS if they give up professional status.

According to the rulebook: “Any professional athlete may participate in CIS competition one calendar year from the date that the athlete last participated in a professional game or event in a sport.”

Stinson played for the TFC reserve squad last September. His last apperance in an MLS regular-season match came on Sept. 12, 2012 against the Chicago Fire.

And, if UBC actually needed a statement game, the T-Birds got one on Saturday. In a battle of No. 2-ranked UBC against No. 4 Alberta, the T-Birds came out the big winners on the day. A 4-0 result has erased any doubts that the upset loss to UFV a couple of weeks ago was nothing more than a fluke.

But this one wasn’t close.

Sean Einarsson scored eight minutes in, and the rout was on. Paul Clerc, Milab Mehrabi and Niall Cousens all got their names on the scoresheet. Meanwhile, Alberta’s misery was compounded when former FC Edmonton fullback Niko Saler was sent off at the death for arguing with the referee.

OTTAWA ROLLS
On the women’s side, the No. 1-ranked Ottawa Gee-Gees enjoyed a weekend of romps, outscoring the opposition by an aggregate score of 13-3 over two matches.

On Saturday, Laurentian fell 4-2 to Ottawa. Even though Amy-Lynn Pitton scored twice for the Lakers, her efforts were overshadowed by the U of O’s Chantal McFetridge, who scored twice, once from the penalty spot.

Sunday, Nipissing University was thrashed 9-1 by the Gee-Gees. McFetridge also scored in the win, while Krista Draycott bagged a couple of goals.