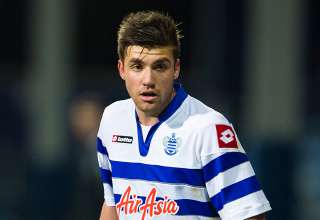 Queens Park Rangers have confirmed (CLICK HERE) that its two Canadian youth players, Dylan Carreiro and Michael Petrasso, have got the call to join the national team ahead of the Oct. 15 friendly against Australia.

While neither have broken into QPR’s senior side, Petrasso did score the last-gasp winner for the U21 side last week in a match against Charlton Athletic’s youths.

The third Canadian of note in QPR’s setup, Junior Hoilett, still remains quiet on his international future. But there’s no doubt his stock has dropped since he left Blackburn for QPR in a high-profile move last year. While QPR leads the League Championship with seven wins and two draws out of its nine matches, Hoilett has only figured in four matches. He’s only started twice. He does have one goal this season, but he certainly isn’t near the top of the QPR depth chart.