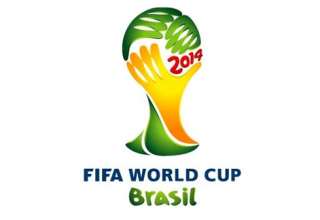 FIFA’s World Cup qualifying draw could not have been any kinder to Canada.

At the World Cup draw held in Brazil Saturday, Canada was drawn into Group D of the CONCACAF second round (which is still a preliminary round — and the top six countries in the region get to skip), with St. Kitts and Nevis, Puerto Rico and St. Lucia. Not only are they three of the lowliest associations in the region, they haven’t played much of late, either. Puerto Rico has yet to play a game in 2011.

Group-stage games are expected to begin some time in September. The venue for Canada’s three home games haven’t been picked yet, but Toronto is a likely favourite for most or all of them — especially with Stade Saputo in Montreal getting its renovations underway in September, and the curtain raising on the new venue at BC Place in Vancouver that month.

If Canada wins that group, it will go into a new third-round group with Honduras, Cuba and the winner of qualifying Group C, which will likely be Panama.

It will be a tough group, considering Canada’s recent struggles against Honduras and Panama’s good form at the Gold Cup (where it beat the United States in the group stage). You can’t use Canada’s draw with Panama at the Gold Cup as any kind of measuring stick, as the Panamanians left a large chunk of their starters on the bench for that one. But, without Mexico or the U.S. taking up what would be a guaranteed spot, there is room for Canada to try and take one of the top two spots and a spot in the final qualifying hexagonal.

Still, with Canada’s poor form and lack of firepower at the Gold Gup, coach Stephen Hart can’t take the round two games against the Caribben nations for granted. One thing Canadian soccer fans have learned about this national team; even against the smallest minnows of CONCACAF, there are no gimme games.