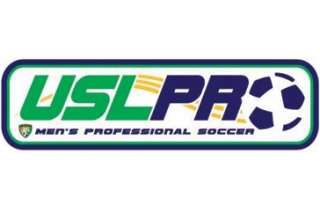 The deadline to apply for a new USL-PRO franchise fell on Sept. 15.

A day later, the USL brass won’t say much about which MLS teams will have new affiliate teams in place for the 2015 season. That includes the three Canadian MLS sides.

In 2013, USL forged an to become the developmental league for MLS. In 2014, the Vancouver Whitecaps and Montreal Impact confirmed their wishes to have USL affiliates for the 2015 season. Toronto FC has been rumoured to also be looking at having a direct affiliate in 2015, after failing in an earlier bid to secure an affiliate team in Hamilton.

But, when asked about who could be in and who could be out, USL President Tim Holt said Tuesday that the process of adding teams is still ongoing.

“USL PRO remains in the process of determining the roster of teams for the 2015 season, including any additional expansion teams. This includes several MLS clubs evaluating the opportunity to launch a USL PRO franchise. Any such official announcements will occur once agreements have been finalized.”

This grey area looks to give the Whitecaps the wiggle room they need to find a new home for their USL affiliate. On Monday, New Westminster’s city council voted unanimously to reject a plan that would have seen millions of civic dollars poured in to a plan to revamp Queen’s Park for a Whitecaps-affiliated USL-PRO franchise. But, after the no vote, the Whitecaps pledged to go forward with plans for a USL-PRO affiliate in another community.

The Canadian Soccer Association has given the three MLS teams under its jurisdiction the provisional go-ahead to have USL-PRO affiliates. In an August meeting, the CSA board agreed to sanction USL-PRO teams, with some very strict conditions attached.

Here is the exact wording from the CSA:

At a regularly planned meeting in August 2014, the Canadian Soccer Association Board of Directors approved the sanctioning of USL Pro but only applicable for reserve teams of existing Canadian MLS franchises.
• The sanctioning will be subject to conditions that are consistent with the Canada Soccer Pathway efforts towards a unified player development system:
• A minimum of 50% of the active USL Pro roster must consist of Canadians eligible for Canada’s National Teams programming;
• A minimum of six (6) Canadians eligible for Canada’s National Teams programming must be named to the starting XI (exceptions will be considered in case of injuries and international duties absences).
• The sanctioning will be reviewed on an annual basis

USL-PRO is recognized in Canada and the United States as the third division, behind MLS (1) and NASL (2).