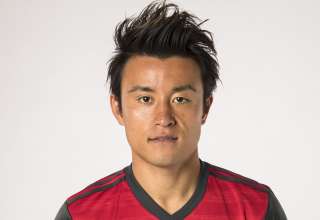 At the 40-minute mark of Wednesday’s Canadian Championship semifinal second leg between the USL’s Ottawa Fury and MLS powerhouse Toronto FC, the score was 0-0. Holding a 2-1 edge from the first leg, the lower-league underdogs were very much alive.

That’s the thing when you’re the heavy underdog. You can’t afford to switch off for any amount of time. The Fury endured two awful minutes, and undid all of the team’s hard work leading up to that point. The Fury’s back line left the door slightly ajar, and TFC kicked it down.

And the Fury’sproblems can be traced to two players who were both found wanting on both of the TFC strikes — Martin Del Campo and Andrae Campbell.

In the 40th, Ottawa had numbers back to deal with a push from the Reds. The ball was sprayed out on the right wing to Jordan Hamilton, who had his back to the penalty area. He was not in a threatening position. Del Campo was covering Hamilton but, then, Campbell decided to join in and create a double-team on the TFC attacker. Hamilton turned and got the ball to a streaking Tsubasa Endoh, who should have been Campbell’s man. Endoh then fired a low cross across the box for Justin Morrow. The ball went off Fury defender Eddie Edward’s shin and into the net. Had Edward not touched it, Morrow would have tapped it in.

But it was the fact Endoh was left so wide open to make the cross that killed the Fury. It was that fatal mistake which reversed so much good work.

On TFC’s next attack, Endoh outran Campbell into the penalty area to head home TFC’s second, while Del Campo stood a few feet away in the penalty area, covering no one. Del Campo didn’t react well to the cross, and Campbell allowed Endoh to get goal side of him; the result — another goal.

Marky Delgado and Sebastian Giovinco, getting a second-half run-out as he returned from a three-week injury absence, added salt to the wound. But, after the 42nd minute, the contest was over — thanks to some Fury lapses. Toronto FC took what was given to them — and will move on to face Montreal in a Canadian Championship final we can hope will be even half as entertaining as last year’s MLS Eastern Conference Final.