August 18, 2022
9 New Articles
Home Canadian Soccer The Association To keep score or not keep score? Why both sides are right 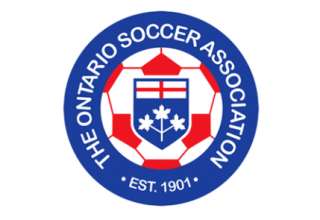 A couple of years ago, I chatted with a fairly prominent scout, best known for bringing talent to Serie A.

Pretty well every soccer journalist gets approached by scouts. We’re asked for our opinions on prospects, what we think of certain players, etc. But this discussion was interesting. When this scout talked about Canadian players, he gave me a strong idea of how they’re perceived in Europe.

“Holding midfielders or central defenders,” he said. “Nothing else.”

He reinforced a lot of stereotypes. That Canadians were tough, had lots of stamina and liked to tackle. So, in the defensive bull spots, they were fine options. But, and this is the big but, he then told me that no one took the idea of Canadians in skill positions very seriously. Wide players, attacking midfielders or strikers couldn’t possibly ever come from Canada.

To change that stereotype, we need to change our system. Fast forward to this week, where a push by the Ontario Soccer Association to not keep score for U-12s and under is now the subject of much hand wringing and gnashing of teeth.

“We are working to ensure a balance at the U12 level that does not unduly focus on standings but still recognizes the need for competition—and also the relative abilities of a given team within a club,” reads a statement from the OSA.

There are those in the soccer community, including TSN colour man and former national-teamer Jason DeVos, who talk about the importance of changing the system. But, we also have many parents and even a national-affairs columnist (CLICK HERE) who fret that this is another case of being soft on kids and bloated on bureaucracy.

The big problem here? Both sides are right.

The argument from a Long-Term Player Development strategy is sound. Pretty well every major soccer nation has instituted some sort of system where kids’ games are focused on developing skills, where scores aren’t kept or, at worst, seen as unimportant.

And, for kids who have that real potential to make soccer more than a recreational activity, this is important. There will be plenty of time to keep score later on in their careers, and the players need to work on developing those skills so European scouts won’t scoff at the thought Canadian attacking players.

But, for the wide majority of youth players who are in soccer for other reasons, who have no hope of being a pro, keeping score IS important. For a young person looking to head to high school, university, job, it’s important that they learn about winning and losing at a young age. They need to learn about the importance of teamwork, about how working with others can lead to positive results. They need to learn about picking up a teammate after a loss. You can argue that when a child in Ontario is streamed from U12 to a more competitive U13 league that the score-keeping will begin. But, in my mind, that’s too late for some parents looking to give their children life lessons through soccer.

Not keeping score will, if done in an elitist manner (which, unfortunately, our insular Canadian soccer tends to do pretty well) drive the average kids away. But, there’s no doubt that the no-score system helps the elite kids.

So, really, the best solution is to offer both streams — but that would only work in a perfect world, where the amateur, volunteer coaches in the keep-score league would make sure to forward their best players to the not-keep-score system. And that would make an even more bloated system. And parents should have less bureaucracy, not more, when it comes to the decisions they need to make about their kids.

And, it begs another question: At what age can we be sure that a kid is rec-league for life?

As a parent (and it amazes me how many people who wade into this debate aren’t parents — trust me, having your own children radically changes your perspective on the purpose of amateur sport), I want my kids to a) first learn the values of teamwork and effort through sport and b) worry about being a pro much later on. Of course, the caveat is that my thinking is a product of my comfortable middle-class upbringing. I don’t come from a poor family, where getting to pro sport is considered a meal ticket, a salvation.

I know that, from coaching my son’s U4 team, this much was true. The kids who were ahead in development all wanted to play games. They wanted to show their stuff. The kids who were shy or weren’t as developed preferred the drills. To them, steering the ball through the cones, making passes down the lanes, was more fun than the competition.

The irony is that it’s those kids who preferred the drills who probably NEEDED to be in a steam that keeps score, while the kids who wanted to play needed to be an environment where they could further develop their skills.

What’s the best answer? Some sort of compromise? The keep-score defenders need to look at the results from other countries which have gone to a skill-development model. The LTPD types need to take a step back and realize they are being advocates for what’s really a very small percentage of the youth soccer system. Oh, and all the single LTPD advocates need to spend some serious time providing for a child. Babysit. Offer to take your nephew to his next practice. Take him to a TFC game rather than sitting in the supporters’ section. Or better yet, volunteer to coach the kids.

Maybe then we’ll find some peace, and a resolution that benefits both the rec-level and elite-level players.