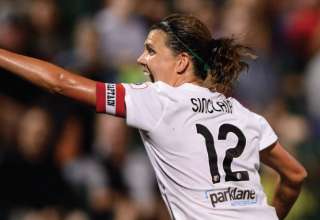 When the NWSL was founded, the Canadian Soccer Association was in on the ground floor; the CSA agreed to subsidize the contracts of 16 Canadian players, who would all be assigned to various teams in the new women’s league. But, that relationship isn’t quite as rosy as it was a couple of years ago — and Canada is no longer using its full allocation…

It didn’t take long for the cracks in the agreement between the Canadian Soccer Association and the National Women’s Soccer League to start showing.

Just one year after announcing that they would be partners in the new league, an internal document leaked that suggested that the Canadian national team staff was not happy with what they were seeing.

Although the CSA maintained its support publically, what was being said internally was far more blunt.

“The NWSL is still in its infancy and, like many of the women’s professional leagues around the world, the [technical level] remains semi-professional with, in many cases, a lack of technical leadership that creates poor high-performance and cultures,” read the report, which was written for a 2014 Own the Podium review.

Continuing: “While it is expected improvements will be made over the coming years through NWSL and USSF [United States Soccer Federation] interventions, the risk at this stage is too high for the 2015 Women’s World Cup tournament.”

The conclusion of the report was to withdraw the Canadian allocated players this spring, in the lead-up to the World Cup.

The fallout was swift — and it demonstrated just how tense the relationship was between the CSA, the NWSL and USSF.

In an e-mail exchange obtained by me, a head coach in the league questioned the ability of the CSA to make a claim about the technical abilities of NWSL teams.

The suggestion was that the CSA had not demonstrated enough success on its own tobe making judgements about other organizations. For its part, the CSA stayed firm in its position. Quietly, the national-team staff started to look for European opportunities for its players.

Ultimately, the CSA compromised and agreed to release the allocated players for the start of the NWSL season, but only for a few weeks. The majority of the World Cup lead up will still be in the national team residency camp.

The long-term involvement of the CSA is far from certain. Only 13 of the 16 potential allocation slots are being used this season and, when pressed, those close to the national team program refused to definitively answer.

“We’re not committed to five years, six years with this,” John Herdman told reporters last year. “This is a case of us working to put Canadians in the best position to be successful.”

Player agent Chuck Vine says that, without changes in how the league treats Canadians, it’s unlikely that league is the place to best provide those chances.

“The players that are in the league are being treated well,” Vine says. “But, would I say it offers Canada with the best potential for development? No, absolutely not.”

“It’s great for the girls who are allocated,” Vine says, “but what does that really do long -term?”

Suggesting that, under the current rules, young Canadians are going to lose out to core national-team members for allocation spots and to established international stars for the remaining international slots, Vine says it’s clear to him that there is little opportunity for the rest.

“Why is the CSA hitching itself to a league where its players aren’t treated equally?” Vine asks.

He suggests that if the league were to treat Canadians as domestics there would be at “at least 10 to 15” players who would immediately find spots.

Even in Vine’s dream scenario, you would only have around 30 Canadian women playing professionally. In today’s women’s game, which is increasingly becoming professionalized in the top soccer playing nations, that’s simply not going to cut it.

The excitement of the bronze-medal run in 2012 — a run that was as much about having good luck at the right time as it was a result of any type of plan — has blinded many Canadians into thinking that the women’s program is healthy. In actuality, an argument can be made that the future of the women’s program is as uncertain as the men’s.

In fact, it could be less certain. In many ways the state of the women’s game in Canada today is the same as the men’s was before the addition of the three Major League Soccer teams and two North American Soccer League teams. As much as that is clearly not enough for the men, it’s still more options than women have.

For the last decade or more, elite female players who weren’t in the national team pool were faced with limited chances to continue playing at a high level.

Nicky Rycroft played five years in the CIS for York and the University of Toronto during the latter part of the last decade. She went to the national championship finals three times and was named to the tournament all-star team twice during that run.

Despite that impressive résumé, the thought of playing at any type of professional or semi-professional level after university wasn’t even the stuff of dreams — it literally was impossible for Rycroft and, she says, most of her teammates.

“I never really considered playing professionally as a kid,” she says. “It still seems unimaginable now, even if I was of that age still.”

When she was in university there were W-League opportunities in the region; some of her teammates played there. But Rycroft says that the time required was not  something she or most could take on without other financial support.

Bluntly, she was putting herself through university. She had to work and there are few jobs that allow for players to go to midday practices three to five times a week and travel nearly every weekend for games.

Until such a time as an elite woman is paid enough to cover her basic living expenses, Rycroft doesn’t see much chance of things changing.

“The only goal is provincial and national team,” she says. “Once that’s out of reach then just play for the love of it.”

In an effort to address these type of issues, the Ontario Soccer Association is launching Ontario League1 for women this spring. League1 will operate as a standards based league and aspires to be semi-professional.

“This is another proud day for women’s soccer in our province and in Canada,” OSA President Ron Smale said when the league was announced. “With the 2015 Women’s FIFA World Cup in Canada, the launch of a semi-pro women’s league in Ontario will provide more opportunities for our female athletes by providing a higher level of competition, and a pathway for soccer excellence.”

Smale continued: “As a provincial body, this is another step in our ongoing commitment and dedication to improving the landscape of soccer in Ontario and Canada. I am looking forward to an exciting and rewarding season.”

League1 Ontario Chairman Dino Rossi says the creation of League1 for women was a high priority for the OSA. He suggested itcould lead to improved performance of the national team in the years to come.

“Providing a vibrant and professional competition and training environment for the best female players in the province of Ontario will pay significant dividends for the growth of women’s soccer over the long term.”

Rycroft applauds the efforts. However, she remains skeptical.

“Things should hopefully improve with League1 starting, but really not sure how successful it will be,” she says.

“A friend of mine joked, ‘Oh, it’s the league for women without a job’ when she found out it was three practices a week plus games, with financial assistance unlikely.

“It’s just not feasible for us. And, especially, if there is no prospect of making more money later.

“It’s a dead-end, so no point spending that much time on it other than for enjoyment purposes.”