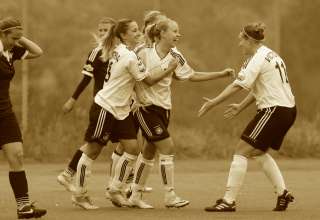 National registration statistics indicate that the number of female soccer players in Canada is slipping. In the wake of a Women’s World Cup, why are we seeing this trend of slowing interest?

The stereotype: Young girls, inspired by the Canadian national team, register to play the game in their communities, and become lifelong participants.

The reality: The dropout rate for female players in their early teens is very high. And, the number of registered women players in Canada is dropping, not growing. Even though Canada hosted the Women’s World Cup in 2015, putting the world’s best female players in our backyard, we haven’t seen a legacy of increased interest in the women’s game.

The Canadian Soccer Association won’t comment on current registration figures; the CSA will release those numbers when it publishes its 2016 Annual Report.

Johnny Misley, executive director of the Ontario Soccer Association, says that 40 per cent of registered players in that province are females, but admits the numbers are flat.

“I think we see trends that are consistent in sport in general, that you have strong registration levels for youth, then when they hit their early teens, there’s a significant drop,” says Misley.

Right now, the OSA is working with a group of University of Windsor students to better understand why so many young players drop out of sport.

“We can thank God for the women’s national program and the success they’ve had, or God knows where our numbers would be,” says Misley.

Part-time jobs, video games, increased schoolwork, these are all factors in spurring some young teens to leave the game. But, as Misley says, these are issues facing not only soccer, but all sports. The reality is that here is more out there to take kids’ interest away from organized sport than ever. And Misley, who works in other associations outside of soccer, says the dropout issue is one that cuts across all sport. He says that soccer is actually better off than others, because the game has global appeal and that there are low financial and physical barriers to entry. You’re nowhere near six feet tall? You can play soccer, but basketball and hockey might not be realistic. Can’t afford ice time? Soccer fees are generally much, much lower than organized hockey.

“Sometimes we need to get outside of our sport to appreciate our sport,” Misley says.

Markus Reinkens, the technical director of the female program at the Regina Soccer Association, says that registration numbers across the board have been on a slow and steady decline.

“It’s pretty stable,” he says. “Our numbers aren’t significantly less than they have been for the last couple of years, but we are seeing a clear, but steady drop.”

He says that his association has this problem: “We’re small, but not small enough. We’re big. But not big enough.”

But what does that mean?

Reinkens says that his community has enough players to put together a squad of elite U19s or U17s, but then there’s an issue what to do with the players left over. Some are also good enough to play higher levels of soccer. But the ones who often get left behind are those who want to play simply for the recreational aspect; they love to play the game and enjoy being on the field with their friends.

It are those in-it-for-fun players that soccer is losing, says Reinkens.

“We may have enough players to fill one team, but we don’t have the player base to fill them all.”

So, when it comes to streaming players by their abilities — and by what they want to get out of the game — there simply aren’t enough options for girls soccer.

Richard Adams, executive director of the Alberta Soccer Association says that “our numbers overall increased this past year and the females increased as part of that. As a total percentage of membership, that held steady.”

But, those numbers aren’t consistent across Alberta.

I spoke to an organizer in a rural Alberta area, who asked not to be named. He says his association’s his numbers are going up steadily, but the ratio of boys to girls is at three-to-one, and getting worse. It’s really noticeable at U-6 level, where there are hardly any girls and the numbers continue to trend downwards. So, what he is seeing are more boys — who are fuelling the rise in overall registration — but a slump in girls joining or staying with the program.

He sees several possible factors; like many smaller communities, girls and boys play co-ed soccer while they are children. But, girls mature faster than boys and, at some point, mixing the sexes drives girls away from the game.

But, he thinks there’s a far more pressing issue that’s influencing girls’ registration numbers, or lack of it: The lack of female coaches. Girls come into the program, play co-ed, and the majority of coaches are men. He would love to see more women volunteer and take coaching programs.

Basically, the stereotype of the minivan-driving soccer mom has to change. Instead of picking up and dropping off the kids and making sure the orange slices are packed, the soccer mom needs to start working the kids through their drills.

Misley said his province that is working to bring more female coaches and referees into the game through a series of aggressive programs that illustrate the value of mentorship for girls. Right now, 27 per cent of Ontario’s coaches are women. Women make up 22 per cent of the province’s refereeing pool.

There is no real magic-bullet solution, but it feels like we’ve hit our high point in women’s soccer registration, and now we’re all simply trying to slow the slide.

Misley says that his association can promote the game all it wants, but the “real value is the community experience” for the players. That is, the social aspect needs to be there. Most players are never going to be elite — they need to get enjoyment out the of the game and camaraderie that comes with being on a team.

Right now, we’re simply trying to slow a trend, rather than reverse it.