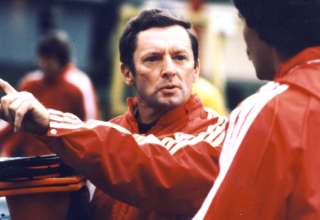 In August 2015, Arsenal.com quietly published a story with a less-than-riveting headline: “Wenger — Coquelin is doing a great job.” Yet, buried within the boilerplate remarks from Arsenal’s respected manager Arsène Wenger, was a bombshell quote, at least to soccer’s nascent but fast-growing analytics community.

That two-word expression — “expected goals,” a metric used mostly by footy statisticians to measure and sum the average probability that a team’s chances would be converted in any given match — marked the culmination of several years of public research, analysis and debate among a group of online soccer analysts. They had been trying to do for soccer what sabermetrics had done for baseball: revolutionize the use of statistical science in the Beautiful Game. And now, in 2015, a concept that was once the sole purview of a handful of online statisticians, economists and bettors was now on the lips of one of the most respected managers in the history of the game.

Yet, baseball’s Oakland Athletics used sabermetric concepts to improve their operations back in 2002. Why was soccer analytics so late to the party?

Technically, they weren’t. Soccer stats has influenced football for years, beginning with the work of the famous RAF wing commander Charles Reep, whose own statistical work in the 1950s and 60s, and as an advisor with Stan Cullis’s Wolves, provided the basis for the distinctly English (and distinctly despised) tactic known as “direct,” a.k.a. long ball or route one football.

Yet Reep was something of an outlier; he worked diligently to collect soccer statistics like shots and passes, mostly on his own or with the help of dedicated assistants, recording data by sight. Unlike in baseball, which has at the Major-League level published statistical records on batting averages and box scores for decades, soccer statisticians have had to the heavy lifting of data gathering on their own.

The breakthrough came in the 2000s with the advent of companies like Opta, Prozone, and Infostrada, which measure a host of on-field events and publish some — though not all — of their data online, often in real time. Without that timely, publicly available information, the soccer-analytics community could not perform most of its most groundbreaking work.

Yet as important as these companies were to modern soccer analytics, they were not the first to use computers to collect, annotate and analyse soccer data. Long before Prozone and Opta were founded in 1995 and 1996 respectively, a pioneering group of professors and coaches found a way to digitally input and analyze match data for immediate use. Incredibly, they performed this groundbreaking work not at a British university or with a high-profile continental soccer club, but at the University of British Columbia, Moreover, the subject their work wasn’t a Manchester United or an FC Barcelona, but Canada’s Olympic soccer team.

“In the early 1980s, Dave [King], Paul Nagelkerke, a genius systems analyst who is now working in robotics in Dubai, and I developed the first computer match-analysis system,” Dr Ian Franks, a professor at UBC’s school of kinesiology and one of the pioneers of computerized soccer match annotation told me via email.

“Although these systems are now a fixture in most top level professional leagues though systems like Prozone, 35 years ago these were new and untested areas of computer match analysis.”

Franks, who is originally from Manchester, came to Canada in 1970 to teach and coach in Montreal. Soon after he met Bill Thomson, the Canadian Soccer Association’s first ever full-time technical  director (1974). They, along with several others including Dick Howard, Alan Churchard and Tony Taylor, helped develop a groundbreaking national coaching certification program.

But it was in 1980 when Franks’s work in match analysis would come to the fore for the Canadian national program. “I took up a position at UBC, and my position was somewhat unique in academia,” he explains. “I was to teach and research motor-skill acquisition at UBC and also be the director and coach of the CSA’s Olympic Soccer Centre.” This centre, Franks says, was the combined brainchild of Bill Thomson and Barrie Clarke, the Canadian national team coach in 1981-82; Canada won six, lost six and drew twice in the 14 games the senior men played under Clarke.

They invited 24 players from across Canada to live and work in Vancouver while following specially prescribed training programs.

The OSC, according to Franks, would later used as a model by many countries to develop their own national sports training centres. It was also where he and others used information gained from notational match analysis to help guide the Olympic team’s technical development.

“When the Centre’s team played a game we dispatched many ‘recorders’, analysts, around the field to notate by hand both team and individual events, for example ‘where possession was won and lost’ and ‘how we entered the opposing team’s third of the field,’” Franks says. “The data were then entered into a spreadsheet in our lab computer, an Apple 2e, and then we coordinated these events with the video of the game. We edited the video on the Sunday so that we could go over the analysis on Mondays and plan the training session for the week.”

Though it may not have seemed like it at the time, Franks’s work presaged what is now commonplace in clubs and national teams around Europe and the world. “In 1980 very few if any professional teams undertook such detailed analysis. The problem as you can imagine was the process was too labour-intensive.”

To help simplify the process, Franks, along with a systems analyst Paul Nagelkerke, developed an interactive video/computer system to allow one analyst to input match events directly on the computer, which also made it more timely.

“Analysis could be available at halftime and full time,” he says.

Though it wasn’t the most portable system in the world — Franks recalls the difficulty in hauling their equipment to Mexico for CONCACAF Olympic qualifiers — it later won converts in other sports. “We later worked with many other national sports governing bodies to develop systems for their national teams, such as field hockey, wrestling, water polo and volleyball.”

Not everyone was a fan of Franks’s data analysis, particularly when he worked at the Olympic soccer centre. “One very high-ranking Canadian coach described it as ‘academia gone mad,’” Franks recalls, adding “This was not meant as a complimentary comment.”

Indeed, the former Canadian national team coach Tony Waiters, who led Canada to qualify for their one and only World Cup in 1986, confesses his skepticism over Franks’s data-driven approach. He had already had a run-in with another statistician, having met Charles Reep while at Plymouth Argyle. “[Reep] showed me what he thought was the best way to play,” Waiters recalls. “What it was, it was route one, and you score most goals from less than three passes. He didn’t think there was much benefit in possession play.”

Waiters was equally less-than-smitten with Franks. “When I eventually went with the Canadian Soccer Association, Franks was the Olympic coach. I saw them playing and I wasn’t very impressed with the manner in which they played.” (Franks for his part is complimentary of Waiters, telling me “From our analysis it was also clear that Tony Waiters’s national team also played to their strengths and were successful at a high level.”).

In any case, Bill Thomson and Barrie Clarke’s experiment in the Olympic Soccer Centre was short-lived; it closed in 1983, in part because, as Franks recalls, “some top coaches were rather entrenched in the past and unwilling to embrace new research findings.”

Nevertheless, the work of Franks and his collaborators like Dave Goodman and David Partridge in match notation and analysis is now status quo within clubs and national teams across the globe, and he continues to publish papers and books on match analysis in soccer and other sports. Franks has an impressive list of books and peer-reviewed journal publications under his belt, in part stemming from the work he began back in 1980 with the Canadian Olympic soccer team.

“We presented our findings at many coaching and scientific conferences around the world. At one conference at Liverpool University I met with Dr. Mike Hughes who was developing computer systems for squash and rugby. We still work closely together. Our work with analysis was the beginning of a new era of sport analysis that has mushroomed through the explosion of modern technology.” (He is finishing a book with Hughes titled Soccer Analytics, to be published in the spring of 2016.)

Though a recognized name in sports science, Franks is, like other pioneering academics before the advent of the Internet, relatively unknown in the online soccer analytics community.

Yet, Franks’s work at UBC and Canada’s Olympic soccer centre presaged the technology without which they could not have developed metrics like Expected Goals, now in use in the biggest clubs in the sport.

Media was also interested in Franks’s work, in particular television. “On occasion we teamed up with Dick Howard who was working with TSN and CBC as a half-time analyst for the World Cups,” Franks says. “We would analyze the games live and then feed via fax our analysis at halftime.”

Howard recalls using those fax sheets from Franks for the 1990 World Cup. They included the kind of data which most soccer analysts now take for granted but at the time were unprecedented for their detail and timeliness. He lists off the match events, which included “…goals, shots on, shots off, shots blocked, shot opportunities not taken, total shot opportunities created…we looked at attacking possession, in the attacking third, the middle third, the defending third.”

“On many occasions, I used the facts and figures with regard to the games and some of the things that Ian was able to point out from the stats,” Howard says.

Howard adds that few if any other broadcasters were using similar statistics at the time. “You’d get talking heads and what I call fact or fiction. The thing with Ian, it was facts. The fiction was, a team seemed as though they were in total control and the stats revealed that they lost possession most of the time.”