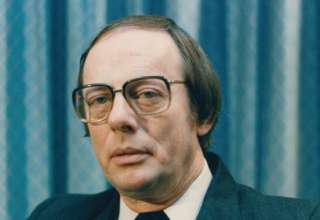 Jim Fleming was the CSA president who helped oversee the formation of the CSL.

We don’t currently have a true Canadian professional league to call our own — but, what can we learn from those who tried to launch national soccer circuits in previous decades?

It sits there for all to see, like KingArthur’s sword in the stone: An all-Canadian, coast-to-coast, fully professional soccer league. Some smart people in Canadian soccer have long held it’s the only key to this country’s collective footballing future and the last hope for another chance at the Big Show — the World Cup. If Canadian soccer could only find a way to pull the sword out of that rock, overcoming costs and skepticism and indifference to finally establish a lasting, nationwide professional soccer league under MLS — a league of our own — it could make up for decades lost in the North American soccer wilderness.

In 2011, former Canadian international James Easton was tasked by the Canadian Soccer Association with finding a way to do just that. His pro soccer league feasibility study, In a League of Our Own: A Study into the Viability of Division II Football in Canada — otherwise known as the Easton Report — was submitted to the CSA in December of that year. The impetus for the study may or may not have been related to plans first revealed in June of 2014 that the CSA is collaborating with the Canadian Football League and the North American Soccer League to start a Canadian soccer league, but it did lead to the formation of League1Ontario in 2013, a “Division III” semi-professional league.

As part of the study, Easton asked me to author a short section on the history of professional soccer in Canada. Easton reasoned that if we could see any clear patterns in Canadian professional soccer failure, we might finally figure out how to avoid them next time or, at the very least, realize once and for all they’re unavoidable.

In other words, we can’t pull the sword out unless we know more about the rock.

They all share some major similarities. They were formed out of a mix of sporting ambition, a desire to make money, and an earnest attempt to help the Canadian game progress. The leagues featured clubs from Quebec to British Columbia and showcased stars like English legend Stanley Matthews (Toronto City, 1961) and Canadian national team stalwart Alex Bunbury (Toronto Blizzard 1990). They were founded by wealthy industrialists and connected journalists, with investment from experienced sports franchise owners and local big talkers alike.

Their backers sometimes painted rosy pictures of future growth and outsized attendances, which often fell far short of reality. In 1961, despite grandiose hopes in attracting tens of thousands of spectators with the prospect of watching English stars like Matthews and Danny Blanchflower play in Canada, the Eastern Canada Professional Soccer League managed to finish “a couple of bucks in the black,” according to league president Harold Ballard in the Montreal Gazette.

In 1983, Inter-Montreal owner Bob Laker predicted a break-even attendance of 10,000 a game for his franchise for the CPSL season; in its second home game, a mere 981 people attended. The club folded less than a month after its inaugural fixture, and the entire league followed.

These losses were often in spite of financial safeguards put in place by league officials. In 1983, ahead of the CPSL’s first season, league commissioner John Bailey — a lawyer — claimed in the Calgary Herald that “most clubs’ budgets will be fairly close. We don’t want to see any clubs spend themselves out of existence.”

Less than a year later the league folded after sustaining heavy financial losses. In 1985, two years before the inaugural Canadian Soccer League season, CSA president Jim Fleming promised the newly formed league would be a “bare-bones organization,” and that the CSA would ask for “significant financial guarantees from each of the teams to ensure they continue.” 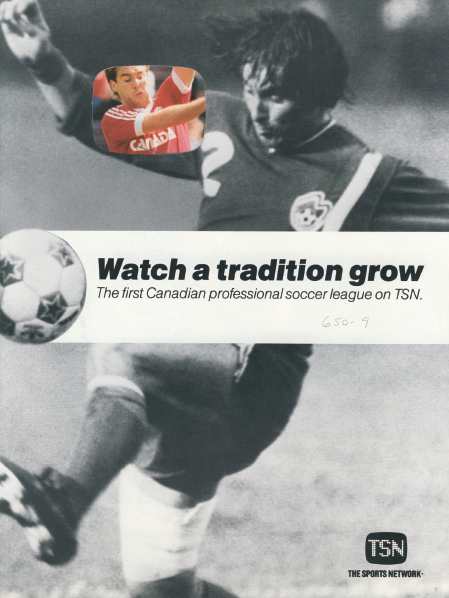 Four years after that, the league would dissolve completely after a season in which Vancouver 86ers owner Milan Illich, the only club owner able to pay league dues in full, was forced to help bankroll several of his rival teams, including travel and hotel expenses for a home game against the Toronto Blizzard.

In every case, the answer to all ills from beginning to end was, perhaps understandably, “securing investment.”

The Eastern Canada Professional Soccer League, for example, came about in large part from the efforts of businessman Peter Bosa and journalist George Gross in securing willing financial backers in Quebec and Ontario back in 1961. Meanwhile both the CPSL and the CSL offered highly attractive, midto low-five-figure franchise fees in order to lure prospective owners. But this drive for seed money fostered an air of naive optimism about the prospects for pro soccer in the Canadian sports market, with little in the way of serious market research or contingency plans.

The low bar of entry, often in the form of affordable franchise fees, also attracted some investors whose ambitions were bigger than their bank balances.

In each case, it appeared the league founders and franchise owners were taking on a far more monumental task than they knew. Success in pro soccer isn’t only about figuring out how to sell the game in a competitive North American sports market, or about leagues being only as strong as their weakest clubs. It is about having the resources to weather sometimes crushing financial losses for five, 10, perhaps even 15 years.

The problem is short-term survival in a North American pro sports market requires a monumental effort and deep financial and human resources. Tom Fath, current owner of the NASL’s FC Edmonton, has said in the past about sports investments, “Think about all the money you think you could lose, and then double it.” Initial excitement over the novelty of a new team or league can evaporate in a manner of weeks. There are numerous, complex issues to resolve, like labour costs, tax issues, stadium plans etc.

Then, there are unpredictable obstacles to overcome, as when several European leagues banned their players from travelling to play for the ECPSL in the summertime in 1962. Solving these problems sometimes requires vast financial resources, deft, effective leadership, and a lot of luck.

Even the United States’ pro soccer league, Major League Soccer (formed in 1996), with its single-entity format in which the league maintains strict control over player contracts, salaries and movement, faced deep financial uncertainty in its early years. By 2002, many believed the league would fold under the weight of losses and the contraction of the league from 12 teams to 10. It took a good U,S, performance in the 2002 World Cup and the establishment of the highly lucrative rights-holding company Soccer United Marketing to right the ship.

However, If a pro league can weather this early storm as MLS did, its chances of survival will radically improve. After a decade or two, clubs become ingrained in the local sporting culture of its home markets. At that point, a professional league tends to be stronger than the health of any one of its member clubs.

The best metaphor might be that of a rocket. It requires an enormous amount of fuel booster rockets just to get into orbit, all kept in sections or “stages” that are jettisoned within minutes of launching. Once the rocket escapes the surly bonds of Earth, however, the spacecraft requires far fewer resources to operate. In other words, the longer you’re there, the longer you’re there. It’s not a coincidence that all but one of North America’s six major pro sports leagues are over half a century old.

One wonders therefore if history would have been different had some of the league founders involved in the ECPSL, the CPSL, and the CSL considered at the time working in some way with the existing regional semi-pro and amateur leagues, some of which had already been around for decades. The Ontario/Quebec based National Soccer League for example lasted from 1926 to 1997, before eventually transforming into the CSL in 2006. 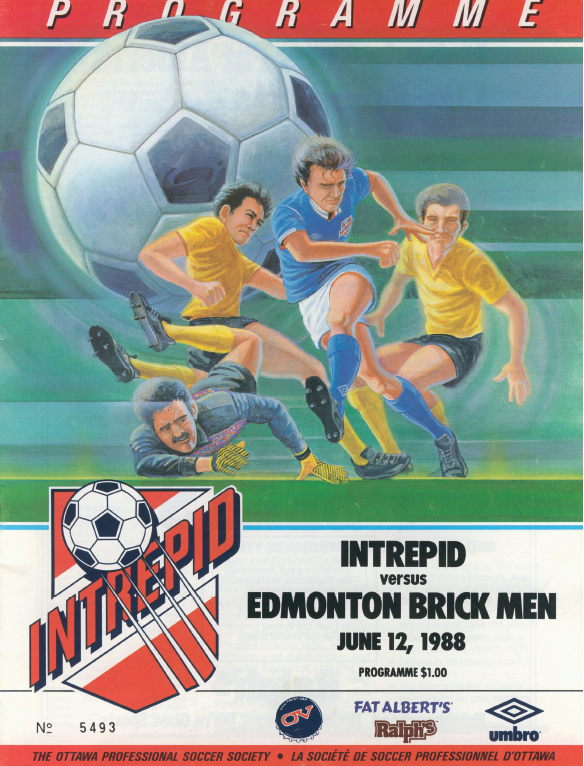 British Columbia’s Pacific Coast League was founded in 1930 and lasted forty-three years, before it became the BC Soccer League in 1973.

These leagues were small-time, local affairs, but had something

the startups could only dream of: longevity, and therefore something resembling durability. As I wrote four years ago in the Easton Report: Longevity is an essential component in the survival of any professional sports league, yet at no point…did anyone look to the already existing amateur [leagues] to discuss a national, long-term strategy to slowly introduce professionalism. Instead, they decided the best route would be to create an entire professional league, with often entirely new and unfamiliar franchises.

There were some exceptions to this. As Canadian soccer historian Colin Jose noted in an article on the ECPSL a few years ago, one of the first teams Peter Bosa managed to convince to move into the league in 1961 was the NSL team Toronto Italia. But by not working in more organized, systematic way with existing semi-pro and amateur leagues and their member clubs — by gradually grandfathering them into a higher, fully professional tier, or joining them in some sort of formal pyramid for example — the league founders may have missed a major opportunity in taking advantage of a small but already-established soccer culture. Future Canadian professional league founders, if they hope to better their forebears and finally wrench that sword from the stone, should avoid making the same mistake.