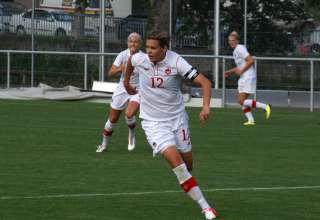 Canada’s greatest soccer player has been rewarded with a sort-of homecoming.

The new NWSL announced its initial roster breakdown — including the 16 players funded by the Canadian Soccer Association who will be part of the league’s inaugural season.

And the highlight was the news that Christine Sinclair, Canada’s all-time leading goal scorer and perennial automatic for the national Women’s Player of the Year award, will be going to Portland Thorns FC. That means she gets to go back to the city in which she led her University of Portland team to national titles in 2002 and 2005. Sinclair twice won the M.A.C. Hermann Trophy as the top woman soccer player in the NCAA as a member of the Portland squad.

It’s a perfect reunion — almost. That’s because Canada’s other University of Portland alumna, Sophie Schmidt, didn’t go to the Thorns. She went to Sky Blue FC, instead.

In an ironic twist, Sinclair will be teamed with fellow Thorn Alex Morgan, who scored the winner for the Americans in their controversial and heart-wrenching 4-3 win over Canada in the Olympic semifinals. Sinclair is about to being a four-match FIFA ban for comments she made to the media after that game.

Each NWSL gets two Canadian players, as per the agreement struck between the Canadian Soccer Association and the U.S. Soccer Federation.

The only other option for Sinclair would have been the Western New York Flash, where she spent her final season of WPS. But, with reigning FIFA player of the year Abby Wambach going to the Flash, it might have been just a little unfair for WNY to get Sinclair, too.