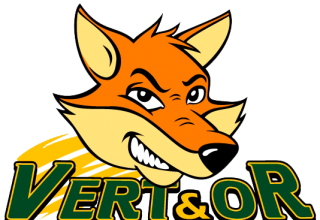 It had the making of a nice feel-good movie: Amateur team from Quebec decides to take on the world.

But this is no Disney movie. More like a Wes Craven film.

In two matches at the FIFRA world club championships, the University of Sherbrooke Vert & Or have yet to score, and have surrendered, cough, 19 goals.

On Friday, the PASL champion San Diego Sockers routed Sherbrooke 15-0. The Sockers have not lost a PASL game since the Christmas season of 2010 and should win the league title again this year. The goals were flying in so fast early in the game, on the poor quality stream from Mexico it was impossible to tell who was doing the damage. Even the San Diego Sockers’ own Facebook page and Twitter feed couldn’t keep up with the goals, promising fans that they’d be update on the stats later in the game.

On Thursday, Sherbrooke lost 4-0 to the representative from Ecuador, La Bombonerita.

Saturday, Sherbrooke face the host Monterrey Flash before heading back to Quebec.

The FIFRA championships bring together four recognized indoor-soccer national champions to battle for the official world club titles. FIFRA is the organizing body of indoor soccer (not futsal).

But Canada had a problem. The recognized Canadian champ, Calgary United FC, declined to take its spot, citing costs and the fact that its own home field was unavailable due to a bubble collapse. No practice facility, not enough money to go. The Edmonton Drillers, who finished second in the Canadian Major Indoor Soccer League (in a three-team league) didn’t want to go.

So, a group of players from the University of Sherbrooke and Quebec elite soccer volunteered to go. And the amateurs from Quebec found out Friday what it was like to run into prime opposition.

Defender Mathieu Prud’homme commented to The 11 after the match: “No moral victory for us tonight.  I understood before the game that my amateur soccer skills were far from being enough to compete with this rapido futball machine from San Diego.  They are really good.”