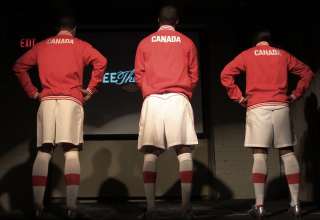 In the wake of Thursday’s announcement that Toronto will host Canada’s next three World Cup home qualifiers — and will also get the June friendly with the United States — message boards and Twitter have been filled with our country’s soccer fans at each other’s virtual throats.

Where there should be a push to support the national team, there is bitterness.

The Canadian Soccer Association has a public-relations nightmare on its hands. And that’s what this column will address. The CSA badly underestimated the regional divides in Canada, and the announcement picked at those scabs rather than acting as something that would unite fans from coast-to-coast.

What this column won’t do is make an attack on Toronto itself. It’s counterproductive. It’s simple. Coach Stephen Hart was given final say on the venues for the qualifiers, and he went with Toronto. It’s his decision. So, Hart’s Toronto call should be judged just as fans judge a correct or incorrect roster selection or tactical decision. If Canada doesn’t get results in Toronto, if Toronto doesn’t offer a discernible home-field advantage, then Hart should be held to account for his decision. But we have to wait for those games to be played to assess if the call was the right one or not.

And, let’s face it, the Ontario Soccer Association already leaked the details two days before the announcement. We were all really sort of expecting the Toronto announcement, anyway.

So, where did an confirmation of what we were all really expecting — that all of Canada’s home dates in the next phase of World Cup qualifying would be played at BMO Field — become such a public-relations nightmare for the CSA?

First off, let’s look at the circumstances. Umbro was launching Canada’s new jersey and, like any fashion event, it was held in a great venue with an exclusive guest list, with great food and drink for the journos who could make it out. As a society, we accept that fashion events are pretty exclusive. The PR agency that represents Umbro has a great relationship with the soccer media in this country and knows how to market its stuff.

But someone decided to politicize the launch by adding on the announcements about the venues — information which should have come out in a separate press conference or even a press release. So, imagine, Canadian soccer fans are tuning in to see the jersey launch, and see the people in Toronto swilling beer and eating expensive hors d’ouevres. Then comes the announcement that Toronto is getting all the games.

If you can imagine anyone in Edmonton or Vancouver or Montreal watching the event, you can understand the whole “Let Them Eat Cake!” feel to the whole proceeding. The jersey launch was hijacked by the foolish decision to announce the location of the games, something the CSA would have known was a divisive topic.

I don’t think Canadians really have a massive issue — with our stadium inventory being so poor at the moment — with Toronto being the host of the games. Montreal’s stadium isn’t ready yet. Yes, it’s scheduled to be completed in time; but the key word there is “scheduled.” How many stadium delays have we seen in various cities around the world? Many over the years. If the CSA would have committed to a stadium that isn’t complete, that would have been foolish, as well.

The issue is that, in doing the event, the CSA forgot what should have been its mantra going in — play the games in Toronto, but never, ever, forget that the team is supposed to represent the nation as a whole. By mixing it with a fashion launch, the announcement of dates came off as elitist and exclusive. Streaming the whole affair only made it worse.

Let the PR firm handle the kit launch. Let it do what it does well.

Actually, considering Albertans spend more money per capita than anyone in the country, and have the highest incomes in Canada, I would have put a launch in Canada’s retail capital, West Edmonton Mall, as well. After all, it’s not raw population that matters to marketers, it’s what the population spends on average, a key factor that’s missed when sports journalists try to wade into economics.)

Reaching Out to the ROC
OK, so how does the CSA fix the mess?

What needs to be done is a campaign that reminds the rest of Canada that Toronto will welcome them. First off, a section of seats should be made available for travel packages for Canadian fans. If the CSA wants to be proactive, it needs to work with a partner to come up with flight, hotel and tickets packages. It can be a moneymaker.

There is another thing that the CSA could do to make the rest of country feel more included — and that could begin in 2013. Get more cities involved in our national club championship.

The Amway Canadian Championship hasn’t been a sellout success so far. Its TV ratings have been poor.

So here’s a unique solution; instead of a two-legged final, why not award the Cup final to a different city every year? The pro clubs would be happy, because the burden of the Cup would be taken down from two games to one. We all know one-off Cup finals are infinitely better than two-legged affairs. After the first leg, the second leg usually degrades into a game of chess; just think of last year’s NASL final, where the second leg was unwatchable as Minnesota protected its lead over Fort Lauderdale.

So, one year, Ottawa is guaranteed the Cup final. The next year, Victoria. Then maybe Winnipeg. Out to Moncton. It gives non-MLS and non-NASL markets the chance to see the MLS/NASL teams play, and it would give the competition a badly needed breath of fresh air. It would also give each year’s game a unique “Cup final” feel.

And it would help the CSA try and rebuild some bridges.

When the Women’s World Cup arrives, which will force the host cities to build the kind of updated training facilities that should blow Canada’s current set up in Nottawasaga, Ont., out of the water, then Toronto will once again get fierce competition for men’s games. The CSA also should have done a better job reminding people of that fact during the media event.