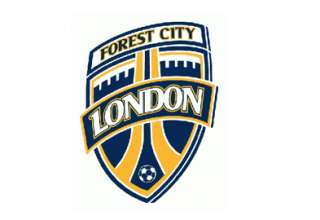 It is unfair to call Forest City London a Cinderella story. Cinderella only went to one ball; she only met one prince.

FC London is turning the impossible into the possible on a weekly basis. Miracles have become so ho-hum in southwestern Ontario, that you have to wonder if the club’s players turn water into wine in their spare time just for kicks.

On Saturday, after falling behind 2-0 to the Seattle Sounders U-23 side in the PDL semifinal, FC London roared back with three unanswered second-half goals to take the game, 3-2. London will face the Carolina Dynamo next weekend for the PDL championship.

Remember that the Sounders came into the match with just two losses on their ledger. FC London compiled a little-better-than-mediocre 7-5-4 regular season mark. Even though the game was played in the Forest City, Seattle was the heavy favourite.

But, after going down 2-0, FC London caught fire in the second half. Just after the second-half restart, Carl Howarth, a member of the Canadian U-23 team and a Supplemental Draft pick of the Montreal Impact, scored after a scramble in front of goal.

Less than 10 minutes after the start of the second half, Brian Da Cruz drew London level.

Then, with less than 10 minutes left Alex Lewis became the hometown hero, scoring the what would be the winning goal.

FC London —which also features ex-Toronto FC Tyler Hemming — got to the PDL final four because of two stunning post-season upsets last week in Michigan. After beating the Thunder Bay Chill, who finished 13-2-1 in the regular season, FCL beat the Michigan Bucks 2-1. The Bucks were at home, had lost just once all season and were heavy favourites.

But now Michigan is just a chapter in a remarkable run of upset wins. And, all the more stunning is the fact that London is but one game away from finishing what could be the most unusual PDL title run of all time.