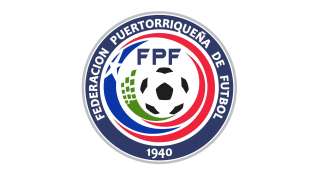 The Puerto Rican national team might just have a massive say in the NASL playoff fortunes of both the Montreal Impact and FC Edmonton.

The Puerto Rico Islanders are undefeated at their Bayamon fortress this season, and have one of the top two spots in the NASL standings — and a first-round playoff bye — salted away. They kept their home streak alive Saturday, as the Islanders got a last-gasp goal from Jay Needham to beat FC Edmonton 3-2.

The two teams face each other again Tuesday; FCE is still in fourth place in the NASL standings, but is only four up on the red-hot Montreal Impact, who currently sit in seventh.

FC Edmonton will face a full-strength PR side on Wednesday.

You’d think the equalizer would be the fact that Montreal still has one road trip to the Caribbean left. Don’t; the Impact goes to Bayamon on Sept. 7, one day after the Puerto Rican national team plays Canada in a World Cup qualifier. Seven members of the Islanders will be on national-team duty. As well, the team’s top scorer, Jonathan Fana, will be on World Cup qualifying duty for his Dominican Republic national side.

So, Montreal will have the best chance any NASL team will have this season to steal points in the heat and humidity of Bayamon — as the Islanders will need to play reserve players on the Sept. 7 date.

It’s a scheduling quirk that could have a massive affect on the NASL playoff race, as the Impact surges and FCE has won just one of its last 10.