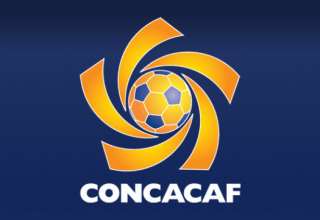 For all of us who are already growing a bit weary of closed-door friendlies, exhibition games in Arizona, we can look forward to a game involving North American teams that actually means something.

The game features two teams going in radically different directions. Columbus, which qualified for the CCL on the strength of its 2009 record, is now in rebuilding phase. Guillermo Barros Schelotto, who was the team’s engine, has left MLS. Striker Steven Lenhart was sent to the San Jose Earthquakes. Veteran defender Frankie Hejduk is now with the Los Angeles Galaxy.

“It’s going to be challenging for us,” admitted Crew coach Robert Warzycha on the team’s website.

Luckily for the Crew, CONCACAF rules allow teams to reset their rosters before each round of the competition, so the Crew can use some of the new charges brought on board, including No. 2 MLS all-time scorer Jeff Cunningham. That also means that Arturo Alvarez, who Real Salt Lake acquired in an expansion draft-day deal with Portland, is eligible, though he is only listed as questionable because of an abductor strain and likely won’t start.

While Columbus is rebuilding, Real Salt Lake looks to have the best chance an MLS team has ever had at winning the CONCACAF title since the format switched to the Champions League format..

And, RSL coach Jason Kreis, refreshingly, approached the CCL with a different attitude than other MLS clubs have in the past. He has started his regulars as much as he can, and the club has placed a premium at not only doing well in the CCL, but winning it.

We can expect to see Canadian Will Johnson, Argentine Javier Morales and American Kyle Beckerman — who anchor the best midfield in MLS — all in the starting lineup. And, even though his start to training camp was delayed after recovering from knee surgery, Designated Player Alvaro Saborio should be in the lineup. Saborio is just three goals behind Luciano Emilio (D.C. United) for the title of highest scoring MLS player in the history of the CONCACAF Champions Cup/Champions League.

And, even though RSL lost to Cruz Azul 5-4 in Mexico City in group stage action, that game actually gave Kreis and his team a confidence boost. RSL held a 3-1 late into the second half, and looked good to become the first MLS team to win a CCL game in Mexico. But, playing in monsoon conditions wore down the players, and both teams made mistakes late because of legs worn down by the quagmire which sort of resembled a soccer pitch that night. And Cruz Azul striker Javier Orozco was his inhuman self when it comes to the CCL; he scored four as the home side rallied for the win in what was maybe the most entertaining game played anywhere in the world in 2010. That game showed Kreis and RSL that, even in the toughest conditions, that the team could hold its own in Mexico.

RSL has not lost a home game in the fortress that is Rio Tinto Stadium since 1999; if Columbus has any chance to win this tie, the Crew needs to win by a couple of goals on Tuesday. Because, it’s unlikely that the rebuilding Crew can go into RSL and get a draw or a win.

The11.ca will have writer David DiCenzo down in Columbus tomorrow night. Watch for a full match report after the final whistle!