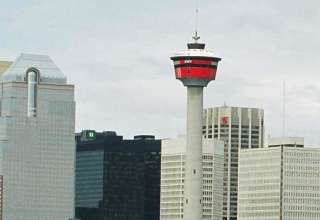 With news last week that former FC Edmonton director of soccer operations Joe Petrone had turned his eyes south down the Queen Elizabeth Highway, and would look to help bring an NASL expansion franchise to Calgary, there was excitement in the Canadian soccer community.

And a lot of questions. Could a large facility like McMahon Stadium function as a temporary home for the team? What was the expansion timeline? Who were in the groups of mystery investors — and there was more than one camp — with which Petrone had spoken?

Those answers won’t come from NASL itself. The league today said that Commissioner Bill Peterson has no further comments to add about the Calgary expansion situation — and that what he told The 11 back in March still stands.

The NASL said a bid to get Calgary into the league is, right now, “no further along” than it was when Peterson visited Edmonton last month.

What did Peterson say back then? (for the full story, CLICK HERE) “We want to be big supporters of soccer in Canada, and we are looking at even more cities to add in expansion in the future. Calgary, Winnipeg and Hamilton, those are the names that are always bubbling to the top.”

And, since then, the league hasn’t made marked progress — which tells us everything is still in Petrone’s court along with the groups he’s courting or attempting to court. And NASL’s focus this week is on Indianapolis, where on Wednesday the expansion franchise is expected to unveil the name it will use for the 2014 season.

NASL is adding the New York Cosmos in the second 2013 season, bringing the league to eight teams. It will then will add Ottawa Fury FC, Virginia Cavalry FC and the Indianapolis club in 2014. The future of the Puerto Rico Islanders remains unclear. The club decided to take the 2013 season off to reorganize. So, NASL will be at 11 or 12 teams next season.